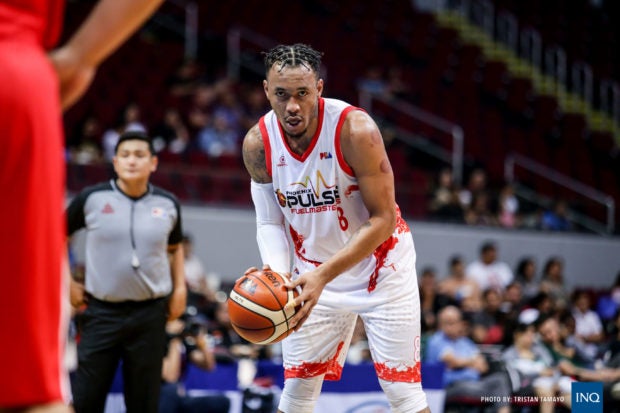 For sure, Calvin Abueva cannot dance to this tune.

The PBA on Tuesday afternoon threw the full weight of the rule book on the Phoenix Pulse forward, suspending Abueva indefinitely and slapping a P70,000 fine on him for a controversial two-game stretch and what many felt was an arrogant act toward those running the league.

A story on the league’s pba.ph website confirmed an Inquirer report Tuesday of a lengthy ban and a stiff fine on Abueva, who got into an altercation with the girlfriend of Blackwater rookie Ray Parks Jr. last Friday and on Sunday was part of a tumultuous stretch against TNT where he clotheslined KaTropa import Terrence Jones before mockingly dancing in front of everyone on the official’s table.

He also reportedly told technical officials “tignan nyo ako (look at what I am going to do)” before the hit on Jones that almost sparked a free-for-all.

Commissioner Willie Marcial spoke with Abueva and the others involved in the physical Phoenix-TNT game and meted out a total of P264,000 in fines and another two-day suspension on Fuel Masters’ coach Louie Alas for being involved in a scuffle three minutes into the contest.

The PBA report said that Marcial “can no longer allow Abueva to continue with his offensive and obnoxious on-court behavior against the fans and his fellow players, which the fiery player is known for.”

Abueva is one of the most energetic players in the league. An undersized forward who can battle underneath with big men, “The Beast” has been however hampered by his inability to keep his emotions in check.

Abueva reportedly called Maika Rivera, Parks’ girlfriend, a “bitch” and flashed a lewd gesture towards her and her friends in a win over the Elite last Friday.

“The commissioner said that the indefinite suspension of Abueva should serve as a stern warning for him and other players to act as professional athletes and that unbecoming conduct or any act or statement that is prejudicial or detrimental to the PBA will be severely punished,” the report also said.

Alas, aside the ban, was also fined a total of P40,000 for his flagrant misconduct in being involved in the scuffle and for issuing statements detrimental to the league.

Jones was slapped a P50,000 fine for hitting Abueva in the private area and P20,000 for physical contact on an official.