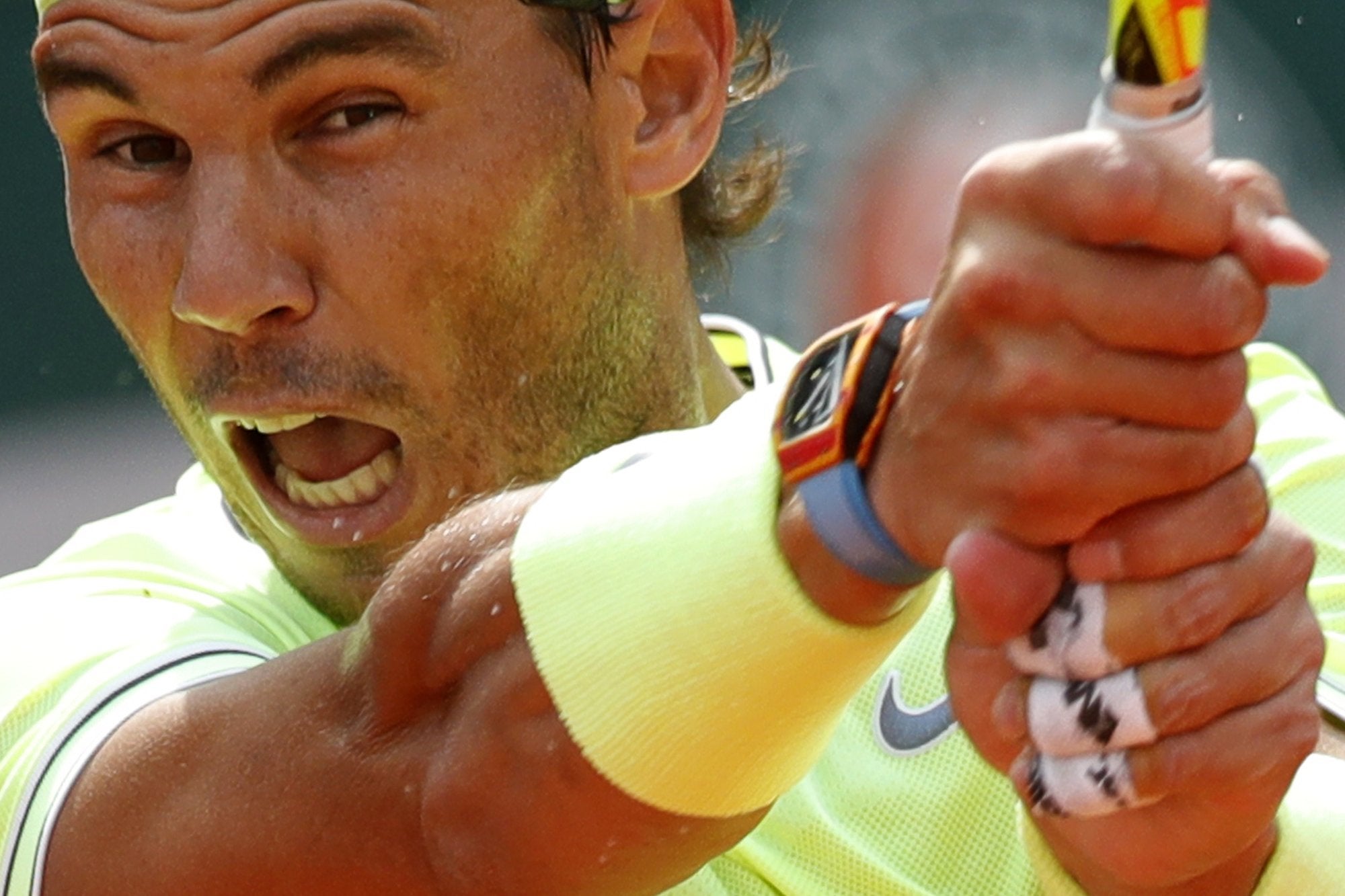 Play was suspended at Roland Garros on Tuesday due to the threat of thunderstorms during the first two men’s quarterfinals.

Over on Court Philippe Chatrier, defending champion Rafael Nadal was 6-1, 6-1, 4-2 ahead against Kei Nishikori.