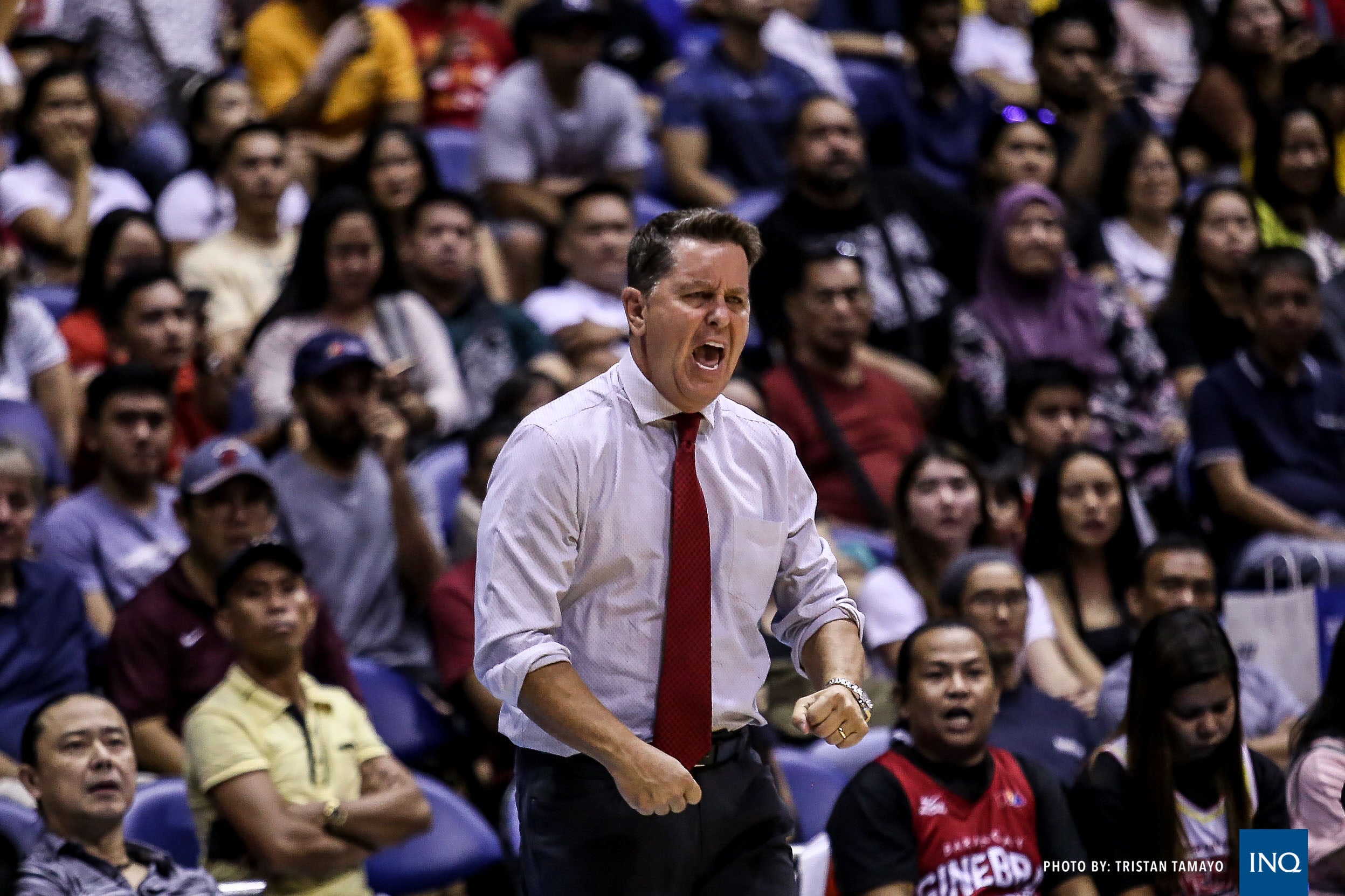 MANILA, Philippines—Barangay Ginebra head coach Tim Cone wasn’t in the most positive of moods when his Gin Kings lost to Rain or Shine, 104-81, in the PBA Commissioner’s Cup.

Cone said that they didn’t look at the Elasto Painters as a credible threat and their lackadaisical attitude ultimately bit them in the end.

“I was disappointed with our performance today, I felt we came out and took Rain or Shine for granted,” said Cone Friday at Smart Araneta Coliseum. “I don’t know how to describe it.”

“It really shocks me that we can take a team like Rain or Shine for granted just because it lost a couple of games and I’m just really disappointed with our effort defensively.”

The Elasto Painters had yet to win a game in the conference prior to meeting Ginebra and it could’ve been one part why the Gin Kings didn’t display the same effort.

Rain or Shine, though, was hungry to get to the winners’ table and just ran past Ginebra every chance it got.

Ginebra turned the ball over 15 times and the Elasto Painters capitalized on those mistakes to convert 22 points off of the Gin Kings’ turnovers.

The Elasto Painters also used its bulk to outscore the Gin Kings 46-28 in the paint.

A player Cone did pinpoint that became Ginebra’s bane was Rey Nambatac, who torched the Gin Kings for a game-high 30 points.

“Rey Nambatac played a great game, he’s been playing great, he was like Michael Jordan out there today,” said Cone. “He was everywhere today doing anything he wanted, took any shot he wanted.”

Cone won the 2012 Commissioner’s Cup, just one of his total 21 PBA titles, with Bowles leading the way for the B-Meg Llamados, now the Magnolia Hotshots.

“Denzel was all kinds of problems matchup wise,” said Cone.