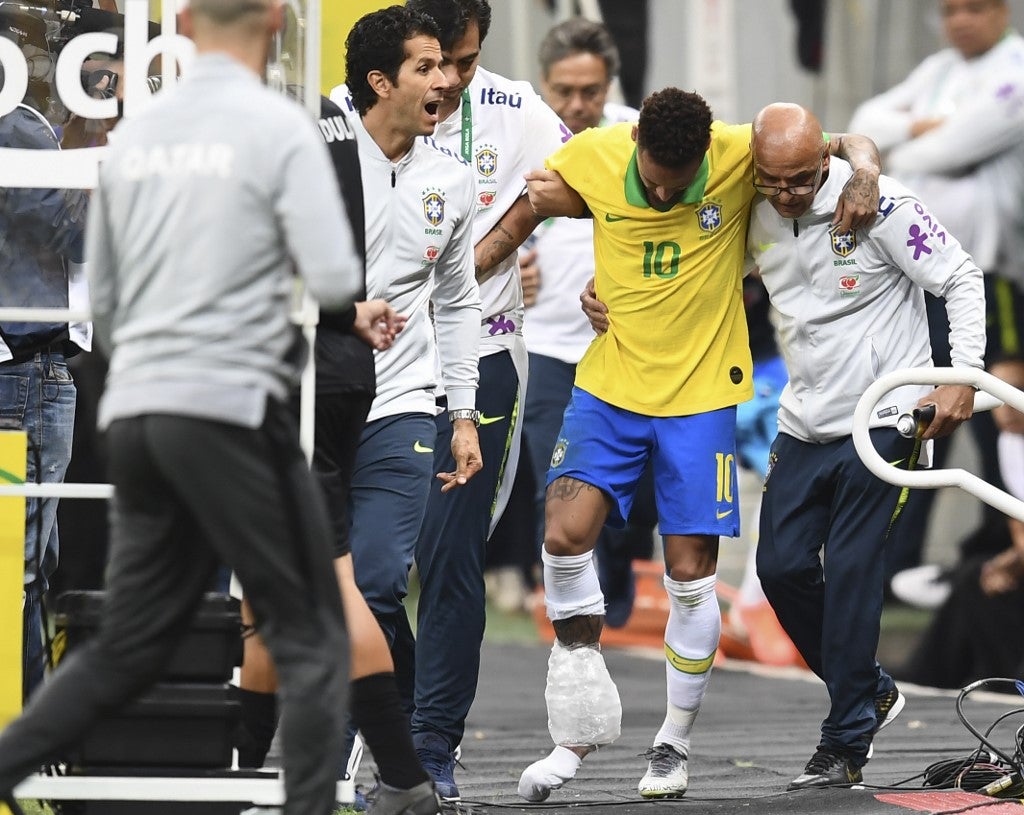 (FILES) In this file photo taken on June 5, 2019 Brazil’s Neymar leaves the pitch injured during a friendly football match against Qatar at the Mane Garrincha stadium in Brasilia, ahead of Brazil 2019 Copa America. – Soccer star Neymar will not play in the Copa America officials said on June 6, after an ankle injury forced the Brazilian striker from the field as the Selecao beat Qatar 2-0 in a friendly. (Photo by EVARISTO SA / AFP)

Neymar is expected to be sidelined for four weeks by the ankle injury that has ruled him out of the Copa America with Brazil, his club Paris Saint-Germain said Saturday.

Two club doctors diagnosed his injury as a “sprain of the lateral ligament” in his right ankle, adding he would not require surgery and would instead receive “conservative treatment”.

Neymar was ruled out of the Copa America after hurting himself during the 2-0 win over Qatar in a friendly on Wednesday, capping a nightmare year for the world’s most expensive player who faces accusations of rape which he strongly denies.

A distraught-looking Neymar covered his face with his hands as he sat on the bench after hobbling from the field in the 20th minute.

His place in the Brazil squad will be taken by Chelsea’s Willian.

The four-week timeline for Neymar’s recovery would see him return in time for the start of the new French season, which begins over the weekend of August 10-11.