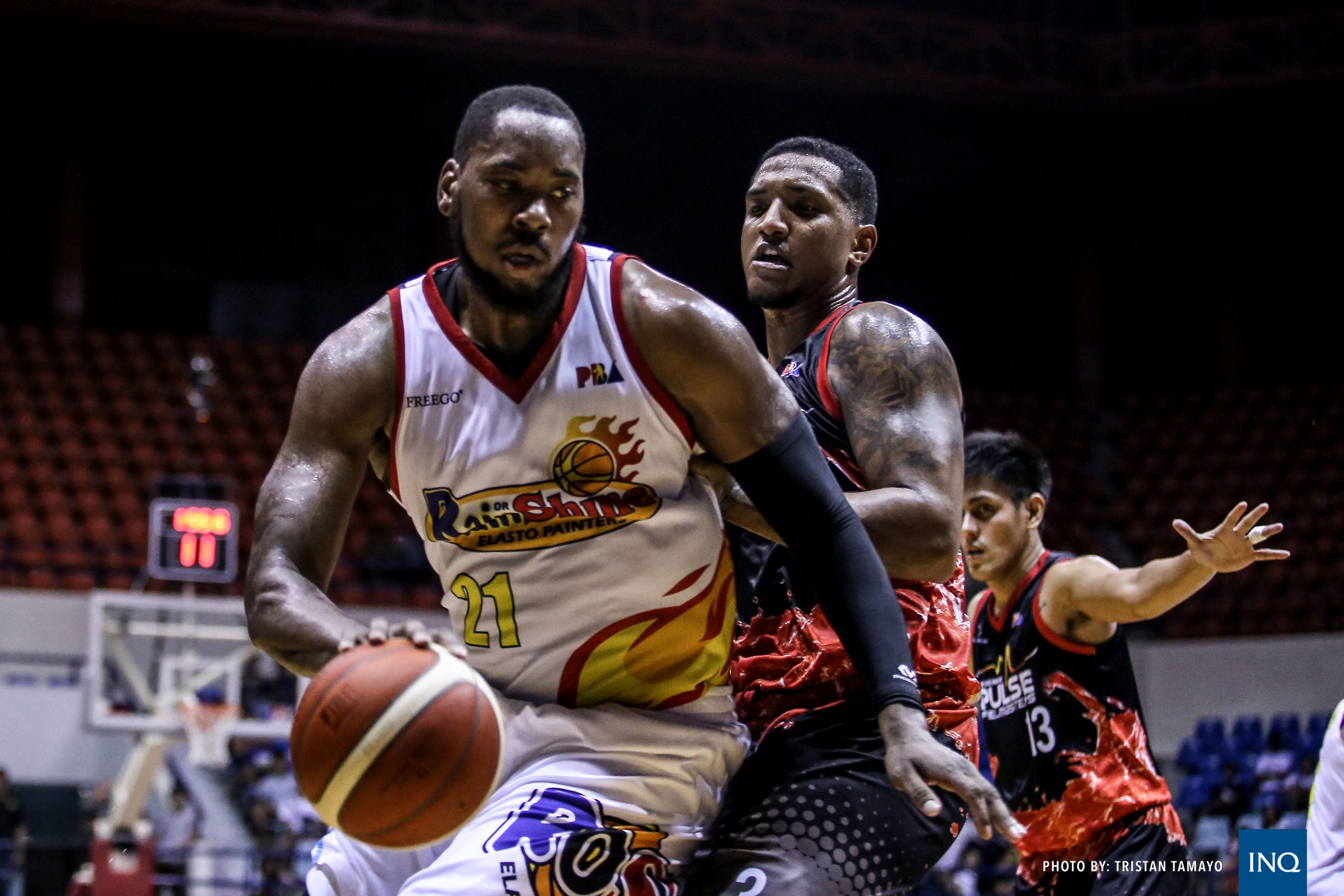 ANTIPOLO CITY—Rain or Shine captured its second straight win after gutting out an 89-82 win over Phoenix in the PBA Commissioner’s Cup Sunday at Ynares Center here.

The Elasto Painters evened their record to 2-2 and in the process sent the undermanned Fuel Masters to their third consecutive loss and a 1-3 slate.

Denzel Bowles lit up with 28 points, including 16 in the fourth quarter, for Rain or Shine. He also grabbed 14 rebounds.

Despite the win, Rain or Shine head coach Caloy Garcia wasn’t happy with how his team performed especially with his players turning the ball over 22 times and allowing Phoenix to score 25 points off of it.

“We looked bad, technically I felt that we didn’t deserve this win,” said Garcia. “It’s good that Denzel was able to give us this win, he didn’t want to lose. That’s the kind of character from an import that you want.”

“The nice thing is we didn’t stop playing defense, but I think it’s our offense that suffered today.”

Fortunately for the Painters, the Fuel Masters also played sloppy with 23 turnovers that led to 26 turnover points by Rain or Shine.

Rain or Shine was behind 75-68 with 8:16 to play after Matthew Wright’s triple before the Elasto Painters chipped away at the deficit thanks to a 12-2 run in the final three minutes.

Bowles gave Rain or Shine an 82-80 lead on a three-point play then, drilled the dagger of a floater with 50.2 seconds remaining to set the final count.

James Yap, who left the game early in the third quarter due to a groin injury, finished with 15 points while rookie Javee Mocon made his presence felt with a 15-point, 10-rebound double-double.

Richard Howell led the Fuel Masters with 27 points and 11 rebounds.

Phoenix played without head coach Louie Alas who served the second of his two-game suspension while forward Calvin Abueva is still serving his indefinite suspension.

Both Abueva and Alas were slapped with infractions for their involvement during the brawl between Phoenix and TNT on June 2.