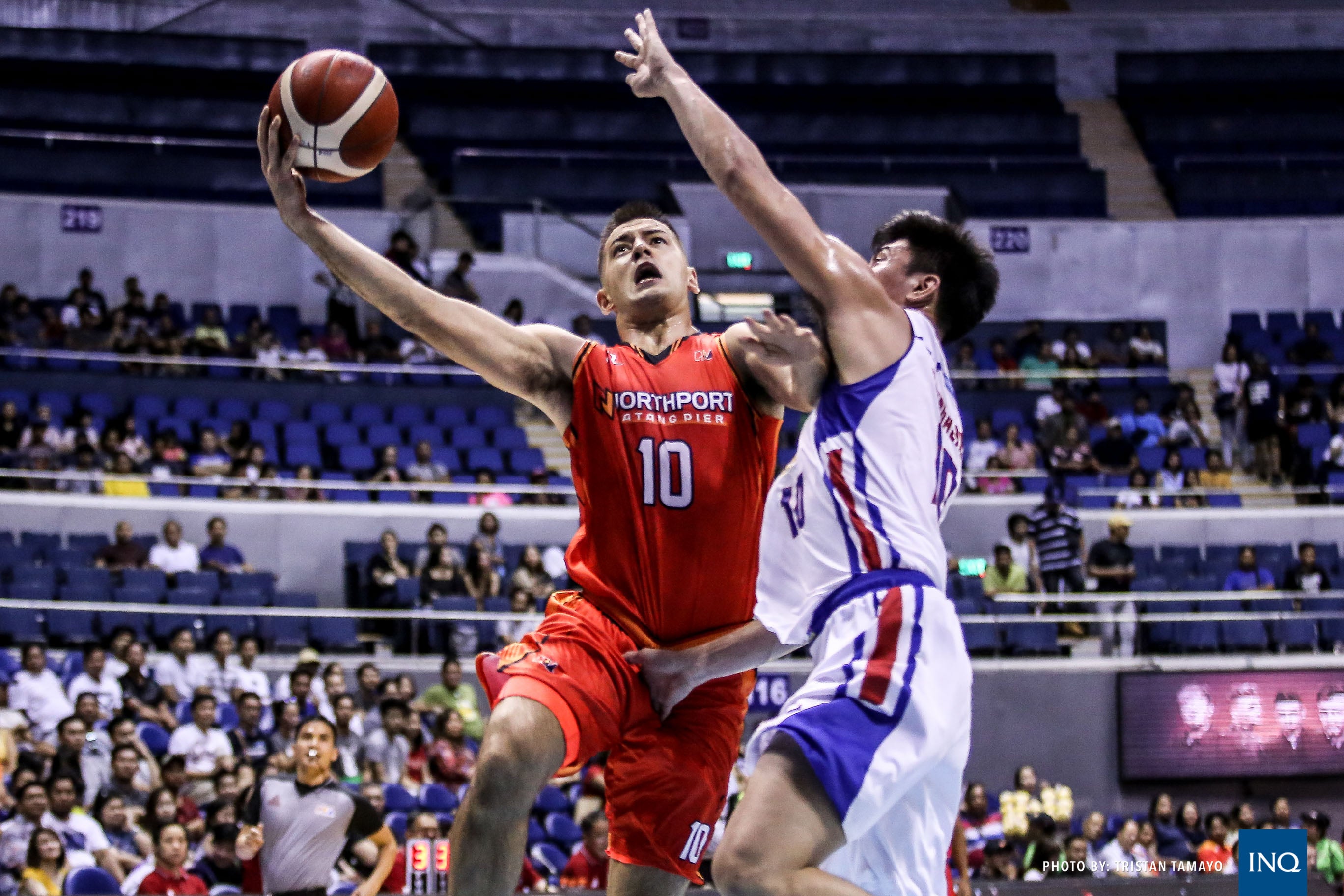 MANILA, Philippines—NorthPort kept Magnolia at bay to win, 102-99, for a share of the lead Wednesday night in the 2019 PBA Commissioner’s Cup at Araneta Coliseum in Cubao.

Four of Batang Pier’s primary cast scored 10 or more to join a young Blackwater side atop the standings with a 5-1 record.

“The players didn’t give up. The willingness and the desire are there and that is what is important right now. We’re not giving up, we’re limiting teams. We’re just zeroed in on making the playoffs,” NorthPort head coach Pido Jarencio told the press.

“It’s a total team effort and it was a case of everyone stepping up. They are really showing that want to make through the semifinals—but all the way to the top,” he added. “Everyone’s doing their share.”

Sean Anthony dealt most of the damage against the Hotshots, scoring 22 points and pulling down eight rebounds off the bench. Jonathan Grey and Robert Bolick tossed in 14 and 11 more to fill the void left by Stanley Pringle, who is still nursing an injury.

Paolo Taha figured as the biggest contributor that greased NorthPort’s pull-away in the third frame, helping the Batang Pier improve what has already been a franchise-best opening run.

Ian Sangalang had 21 points while Robbie Herndon added 18 in the Hotshots losing stand. New import James Farr had 11 as the Hotshots dropped to 0-2.

NorthPort faces Rain or Shine a week from now, while Magnolia faces a listless NLEX crew this Friday at MOA Arena in Pasay.