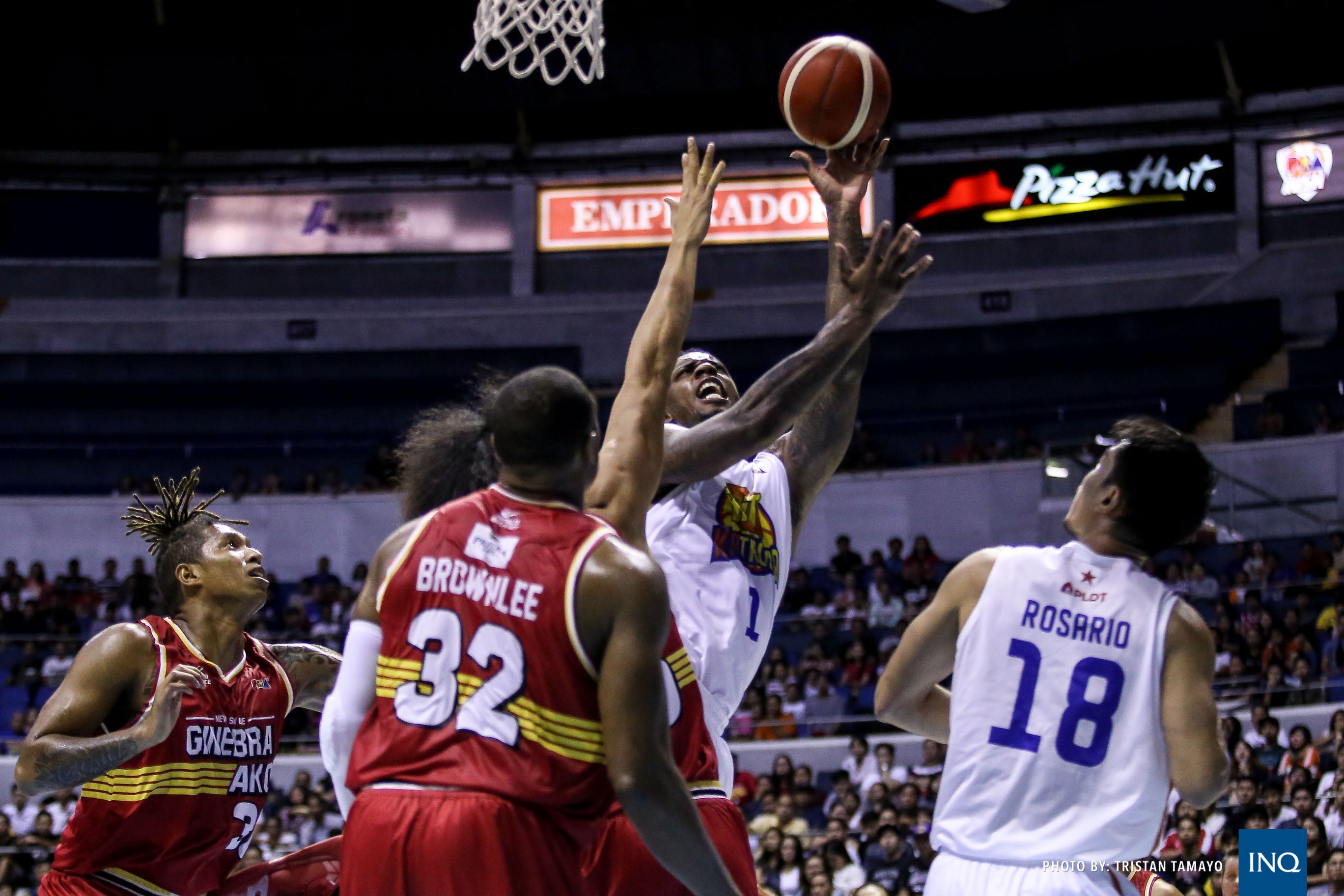 MANILA, Philippines—Roger Pogoy and import Terrence Jones posted yet another spectacular showing in TNT’s 104-96 nipping of Barangay Ginebra for a share of the PBA Commissioner’s Cup lead Wednesday night at Araneta Coliseum.

“It’s a very important game for us,” TNT coach Bong Ravena said of his mindset going into the contest against the crowd darlings.

“Top two—that’s our goal. And we hope to [do] the same thing in the next game,” he added as his squad improved to 5-1 to join Blackwater and NorthPort.

Roger Pogoy became the fourth player in PBA history to make at least 10 3-pointers in a single game, putting his name alongside the likes of Allan Caidic, Kenneth Duremdes, and Marcio Lassiter. Caidic holds the record for most triples with 17.

Pogoy finished with a new career-best 38 points just 10 days after posting 31 at Ynares Center in Antipolo—to go with five rebounds and four assists.

Jones, meanwhile, had less points this time out, but made up with his playmaking. He ended up with 17 points, 14 rebounds, and 16 assists.

“His triples really helped us. It was a tremendous game for Roger. And Terrence, of course.,” Ravena said, commending the two players who were also the heroes in TNT’s win in the eventful match against Phoenix in Antipolo.

The Gin Kings drew 29 points from import Justin Brownlee and four double-digit performances from their locals, but the balanced attack wasn’t enough to tow them back to the win column, following a rout at the hands of Rain or Shine earlier this month.

TNT faces Meralco next this Saturday while Barangay Ginebra hopes to arrest its losing skid against 0-2 San Miguel Beer on Sunday. Both matches are at the Big Dome.