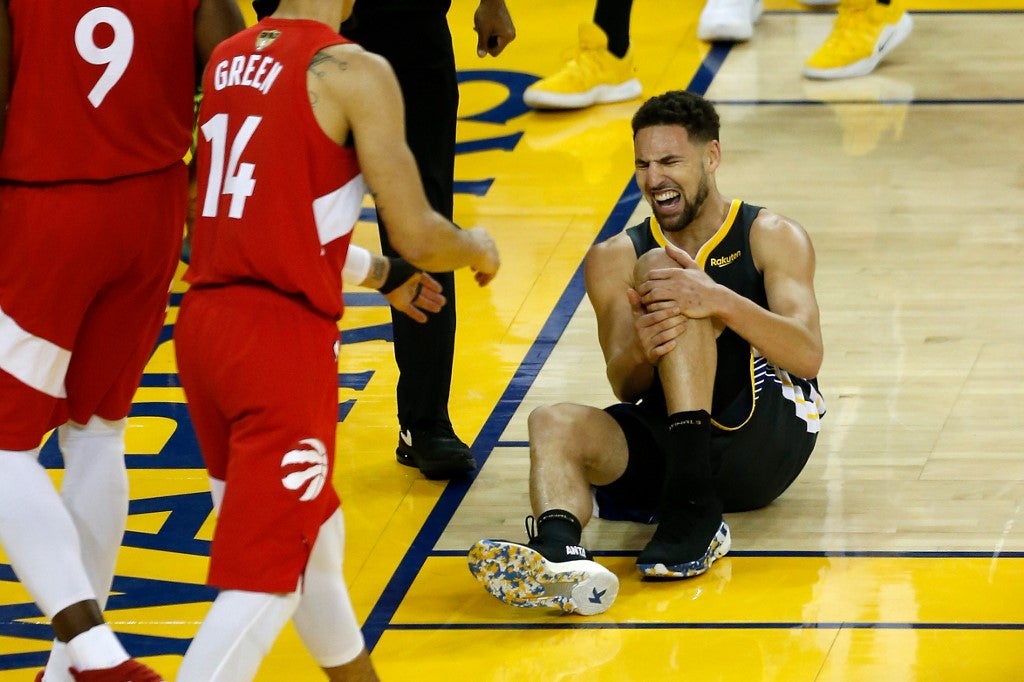 OAKLAND, CALIFORNIA – JUNE 13: Klay Thompson #11 of the Golden State Warriors reacts after hurting his leg against the Toronto Raptors in the second half during Game Six of the 2019 NBA Finals at ORACLE Arena on June 13, 2019 in Oakland, California. Lachlan Cunningham/Getty Images/AFP

Klay Thompson got hurt in a scary fall, left the floor — and came back to make free throws.

Thompson took a very awkward landing and his knee bent abnormally when he was fouled on a drive. He left the floor during a time-out, but if he didn’t shoot the free throws he would have been ineligible to come back.

So he emerged from the tunnel, took his free throws and made both. He then left the game a few seconds later, jogging to the locker room.