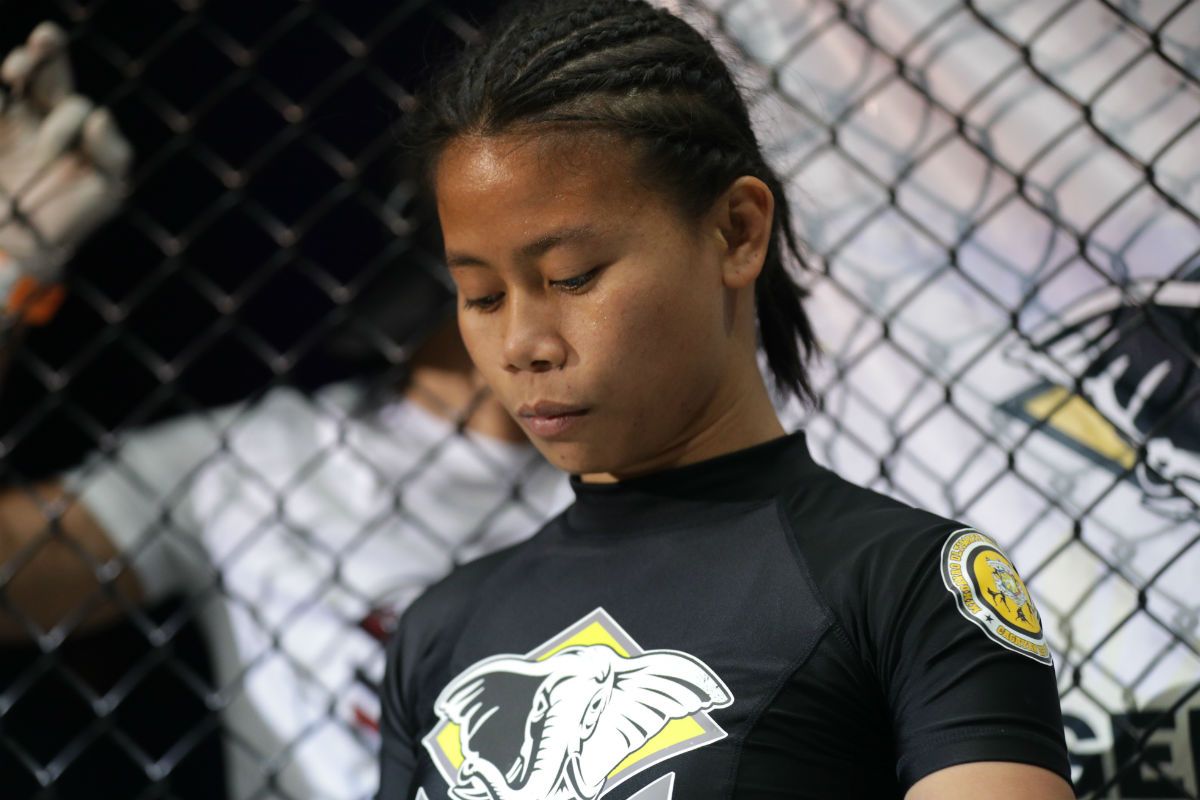 MANILA, Philippines—Experience is the best teacher and Angelie Sabanal was reminded about on Saturday in her match against Itsuki Hirata of Japan in ONE: Legendary Quest in Shanghai, China.

Sabanal came in prepared and yet she wasn’t ready for what Hirata had to offer as she suffered a first-round loss by submission.

“When I climbed the ring, of course, there are nerves but I got over it,” Sabanal said.

“We prepared hard this match, but you know, it’s different in there. I still followed our gameplan, but of course, our opponent was that strong.“

The Cagayan de Oro native found herself caught in a tight Americana lock that gave him no choice but to tap out at the 2:59 mark of the opening round.

“Most of my previous opponents were strikers, now we’re up against a grappler and now we know what she’s capable of,” said Sabanal.

“So now we’re back to working on our submission game, the Jiu Jitsu and the wrestling, that’s essential. Hopefully, we get to work on that.”

Sabanal remains upbeat and motivated as she aims to deliver a much better performance in her return to the cage.

”We practiced how to defend in the ground but she really knows what she’s doing in there. But we’ll work on it.”

ADVERTISEMENT
Read Next
Filipinos fall in ONE: Legendary Quest
EDITORS' PICK
NBI, Immigration to join hunt for ‘underground’ medical clinics
2 Chinese nationals arrested in raid on another unlicensed COVID-19 hospital in Pampanga
Notice of 2020 regular meeting of stockholders June 18, 2020
Leveling up your ‘lutong bahay’ with the kitchen companion you never knew you needed
Duterte approves Metro Manila’s shift to GCQ starting June 1
SM prepares for ‘safe malling’
MOST READ
Duterte approves Metro Manila’s shift to GCQ starting June 1
Duterte: No reason for Richard Gomez not to accept healthy returning Ormoc residents
Revillame tells Roque: ABS-CBN is in my heart despite being in rival network
NCR is ready for GCQ — Palace
Don't miss out on the latest news and information.