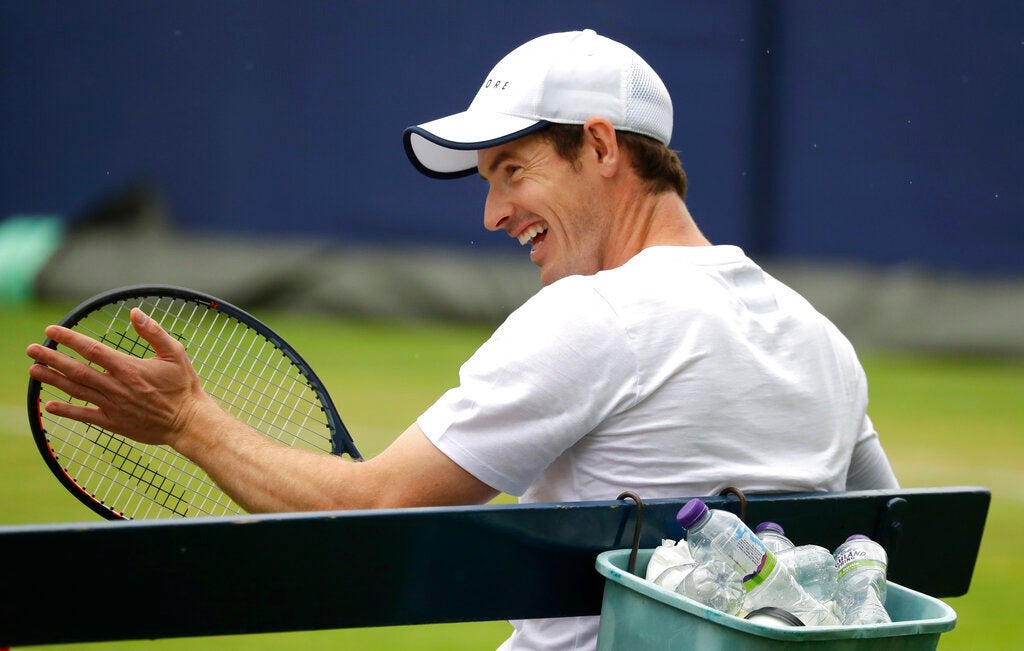 Former world number one Andy Murray made a victorious return after what he described as “life-changing” hip surgery at a raucous Queen’s on Thursday.

The three-time Grand Slam champion partnered Spain’s Feliciano Lopez to a 7-6 (7/5) 6-3 victory in his first competitive match in five months.

Playing on a packed center court including his wife Kim, Murray showed little fear in stretching himself despite being off the circuit since January.

His friend Lopez did not show any sign either of being burdened by the allegations made against him of match-fixing in the Spanish media, which he strongly denied on Wednesday.

Murray said afterward he would be playing doubles at Wimbledon with Frenchman Pierre-Hugues Herbert.

Murray said he had learned quite a bit from the match.

“I expected to be the worst player on the court and to not feel particularly good on the court which you know was probably the case in the first set,” he said.

“I started to play better in the second and have zero discomfort in my hip which would not have been the case last year, I would have been aching and throbbing.”

Murray, who will take to the court again on Friday as he and Lopez play the last match on center court against yet to be decided opponents, said a return to singles remains a while away.

“I feel optimistic about the future,” said Murray, although he would be making history as no player has returned to singles after undergoing such an operation before.

“I don’t know how long it will take to get to that level, but you know, hopefully not too long.”

Murray, who said he had tried to find a mixed doubles partner for Wimbledon, said that he had been concerned at some parts of the match.

“The court can get quite slippery and when I was outside the doubles alley I felt a bit uncomfortable at times,” he said.

He told the BBC immediately after the match that he felt the nerves.

“I felt quite relaxed in the build-up, but we said as we were walking on to the court that we were starting to feel a bit nervous,” he said.

“But you need those butterflies.”

Murray sealed the first-set tie-break against top seeds Juan Sebastian Cabal and Robert Farah with an imperious forehand which clipped the net and provoked the Scotsman to raise his hand apologetically.

The 32-year-old Scot was all action at the net, securing the first game on their serve in the second set with a brilliant volley which their opponents just got back, but left Murray to put the ball into an empty court.

The number of slapping of hands and fist pumping increased between Lopez and Murray as they took hold of the match and the two-time Olympic champion visibly relaxed as he found his rhythm — aided no end by the whooping and hollering from his impassioned home supporters in this usually sedate part of London.

He was all over the court, his confidence surging to the extent that he put them 3-2 up on serve with a stunning one-handed backhand winner.

Two magnificent aces followed to put them within a game of victory — and not even a warning for a time violation for taking too long over a discussion could dull their joy.

They had little trouble in closing out the match with Lopez serving brilliantly, and at the end the pair hugged each other as fans in the crowd brandished the Union Jack in celebration.