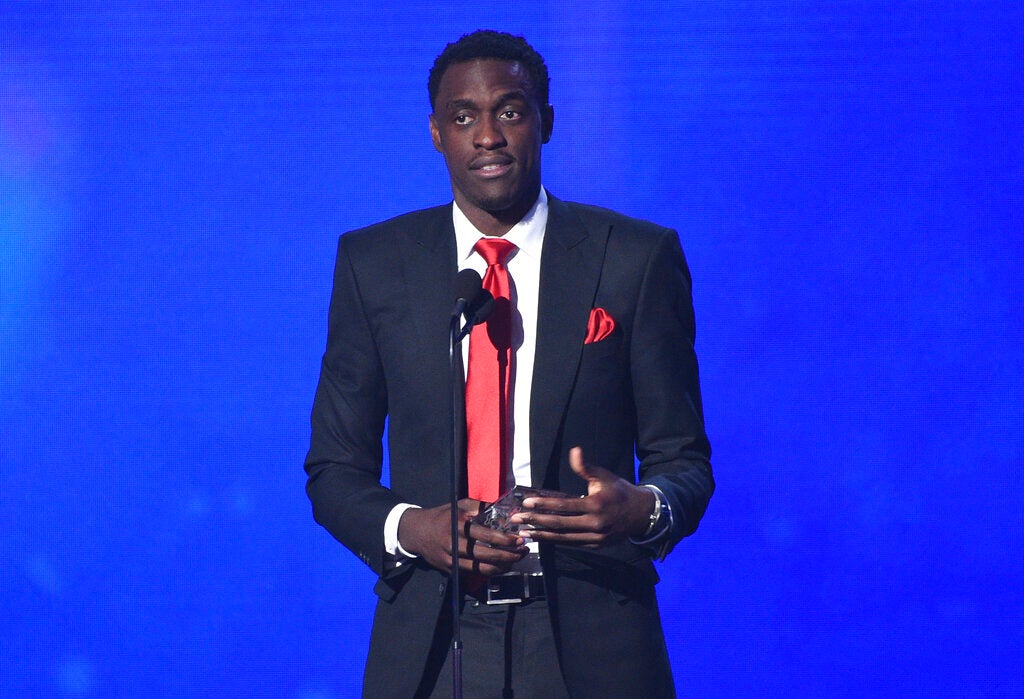 NBA player Pascal Siakam, of the Toronto Raptors, accepts the NBA most improved player award at the NBA Awards on Monday, June 24, 2019, at the Barker Hangar in Santa Monica, Calif. (Photo by Richard Shotwell/Invision/AP)

SANTA MONICA, California⁠—Pascal Siakam of the NBA champion Toronto Raptors won the Most Improved Player at the NBA Awards.

The 25-year-old from Cameroon averaged 16.9 points and started 79 of 80 regular-season games for the Raptors in his third year with the team.

Siakam had 26 20-point outings after scoring 20 points in a game only once in his first two seasons. He then scored 32 points in Game 1 of the NBA Finals.

Siakam beat out De’Aaron Fox of Sacramento and D’Angelo Russell of Brooklyn.