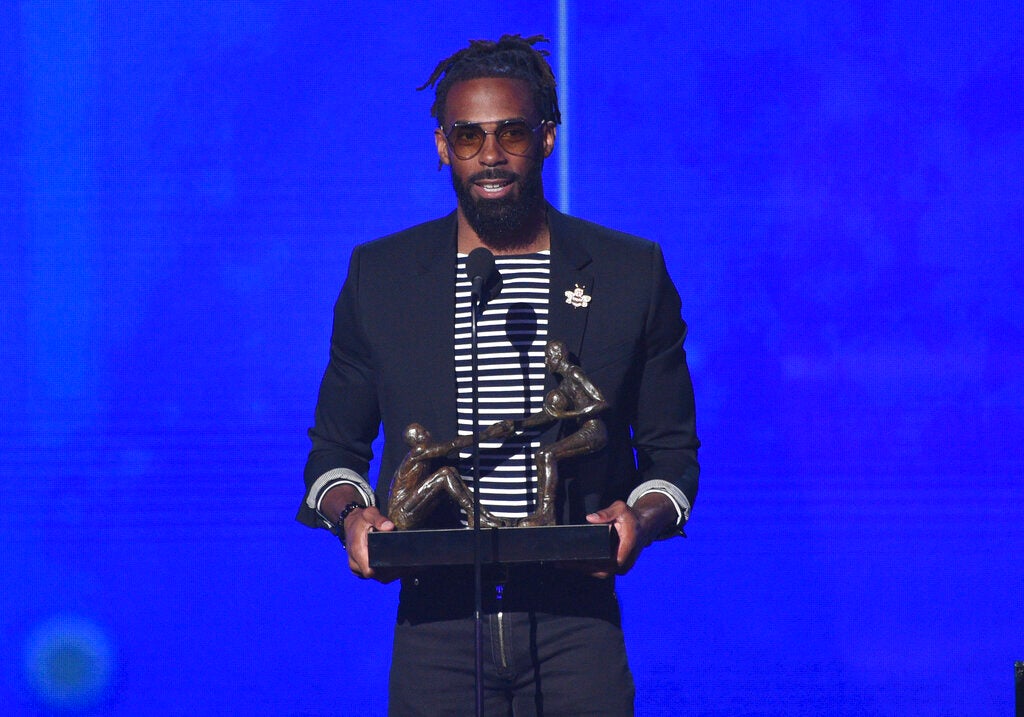 NBA player Mike Conley Jr., of the Memphis Grizzlies, accepts the NBA teammates/sportsmanship of the year award at the NBA Awards on Monday, June 24, 2019, at the Barker Hangar in Santa Monica, Calif. (Photo by Richard Shotwell/Invision/AP)

Mike Conley Jr., newly traded to the Utah Jazz, has won Teammate and Sportsmanship of the Year honors at the NBA Awards.

Conley earned the awards for his 12-year tenure with the Memphis Grizzlies.

🌟 @TeamLou23 of the @LAClippers wins the 2018-19 Sixth Man of the Year… winning for the second consecutive season! #KiaSixth #NBAAwards pic.twitter.com/kpw06F9Kfv

Backstage, Conley called the awards the result of respect from his peers in the league. He thanked his parents for the way he was raised.