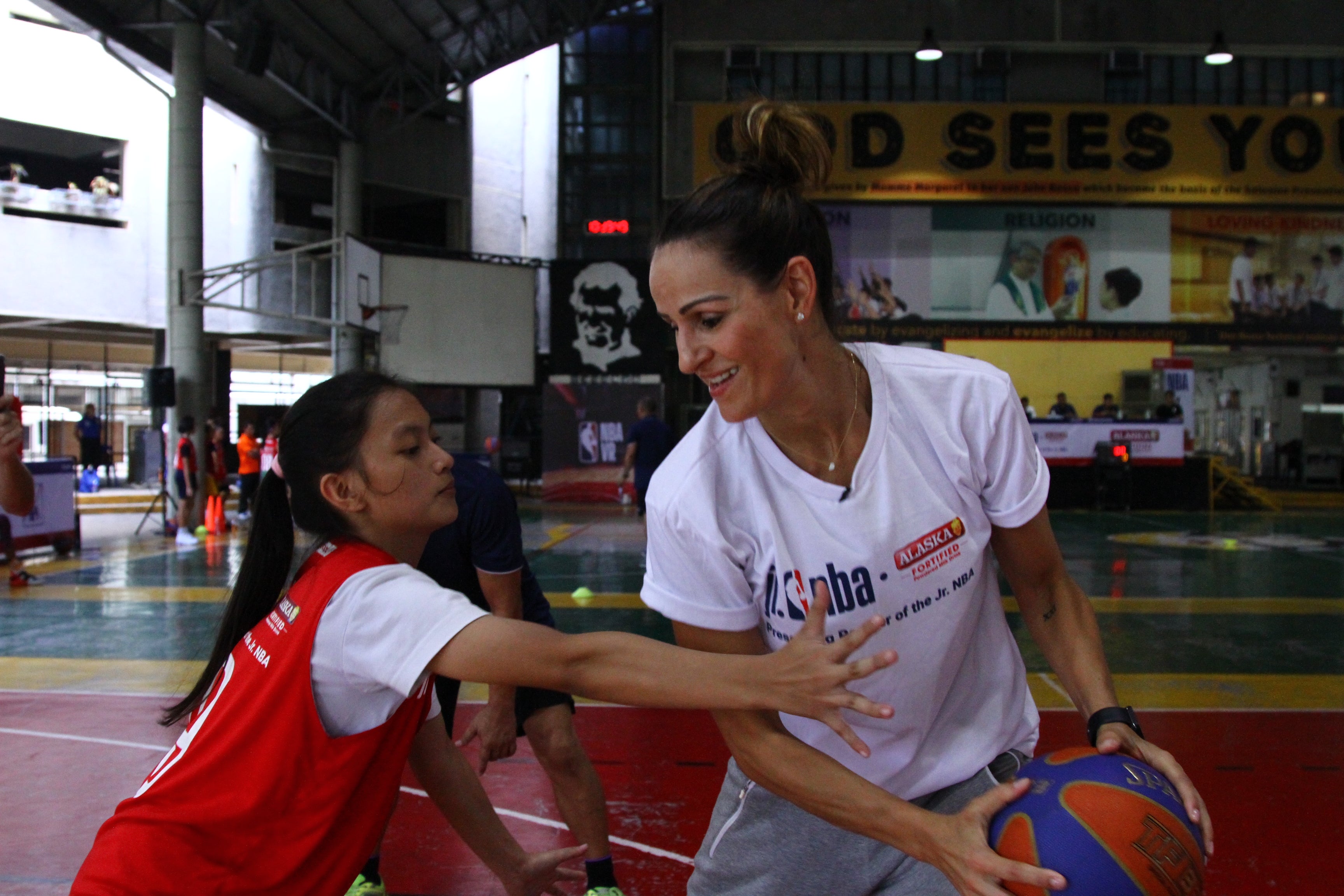 When she left Portugal at the age of 19 to study in the United States, it was a leap of faith that turned her basketball dreams into reality. Playing for Old Dominion University (ODU) from 1994 to 1998, she was something the collegiate league had never seen before. She led her team –wizard-like–to the 1997 NCAA Championship, and left her mark in the league as ODU’s all-time steal leader and second in assist.

In 1998 she was drafted second overall in the WNBA and continued her intelligent, pesky play with signature flashy-but-high precision passes for the Sacramento Monarchs. Later she joined the LA Sparks and Chicago Sky. Again, she led the WNBA in assists from 1998 to 2003 and again in 2010. She was part of the All-WNBA First Team twice from 1999 to 2000 and Second Team in 2001.

This soon-to-be Hall of Famer was in Manila recently to help coach young basketball players in the Jr. NBA Philippines 2019 presented by Alaska. Together with Cleveland Cavaliers rookie, Collin Sexton, Ticha trained and taught Jr. NBA participants basketball fundamentals and basketball skills. She inspired especially the young girls to love the game and pursue their dreams by believing in themselves and never giving up.

Penicheiro also shared success secrets with the young ballers that will help them excel on court and out. Here are some of Ticha’s success tips for young and old alike. In her active years, Ticha played basketball all year round, playing in the WNBA in summer and played in Europe in winter. With that kind of grind, keeping her body in shape with proper nutrition and a good exercise routine helped her become the super athlete that she is.

“Our body is like a car, you have to put gas in your car. You have to put good gas otherwise it’s not going to work right,” she said. “So you must feed your body right. If your body is not healthy, you cannot play at the highest level.

“I don’t eat red meat. I don’t eat fried foods. I like sweets but I’m really conscious about it and then it’s working out and doing weights. I think the most important thing is you gotta’ drink water.”

Ticha grew up in a basketball-loving family. Her parents gave her a basketball when she was five. Since then Penicheiro’s family has been on her side all the way — in victories and “lessons learned.”

“For me, family is everything. I left Portugal to go to the United States. It was not easy. Without my parents’ blessing to go and unconditional love, I’m definitely not where I am today.”

She credits her success most to the unconditional love that her family gave her.

“I heard that sometimes it is not cool for little girls in the Philippines to play basketball. But I think parents should let their kids pursue whatever they want to do and whatever makes them happy. For as long as they are happy, it should be a good thing.”

Although Ticha played in the USA, she also represented her country numerous times in international tournaments and excelling everywhere she played. All the success, the awards and accolades, she said, are fruits of big dreams and hard work.

“Don’t be afraid to dream big and follow through with hard work to make your dreams a reality. Remember that fulfilled dreams won’t happen overnight. Nor will it happen just because you have a dream.
“You have to put in the work and never give up. With hard work, anything is possible. The key ingredient in any success in life is to dream big, work hard and believe in your dreams.”

Ticha Penicheiro was inducted into the Women’s Basketball Hall of Fame on June 8.