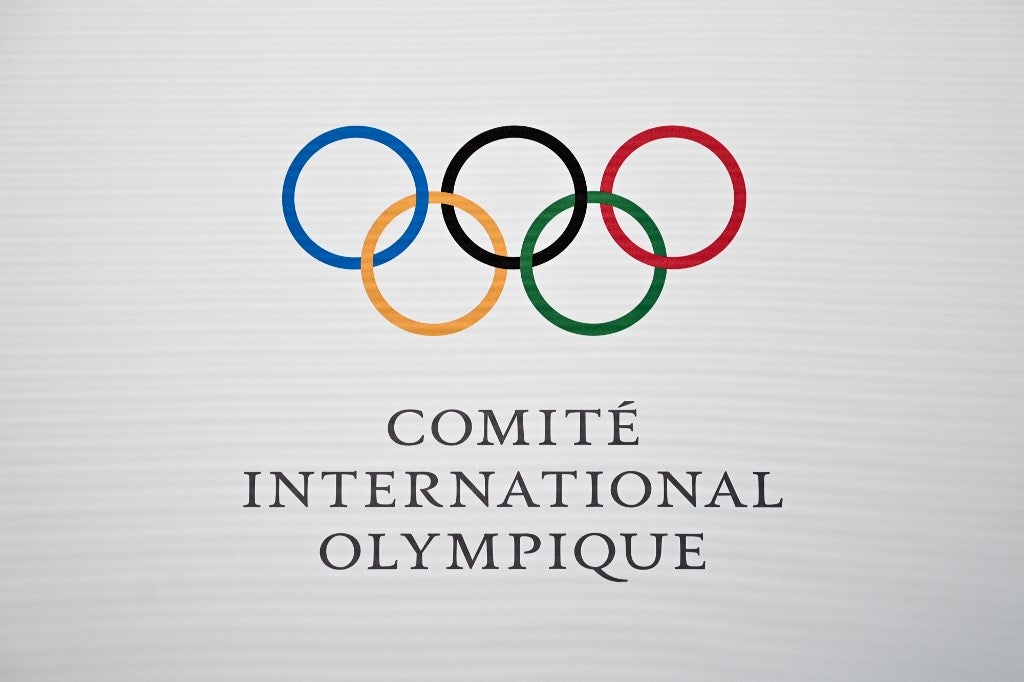 A sign of the International Olympic Committee (IOC) is seen during a press conference following an IOC executive committee on boxing ahead of the 2020 Olympic Games at the sports governing body’s headquarters on May 22, 2019 in Lausanne. – International Olympic Committee executives recommended on May 22, 2019 that boxing’s governing body be stripped of its right to organise the event at Tokyo 2020, but said the sport should still feature at the Games. (Photo by Fabrice COFFRINI / AFP)

LAUSANNE, Switzerland — The IOC stripped Olympic status from troubled boxing body AIBA on Wednesday and will now organize qualifying and final tournaments for the 2020 Tokyo Games.

Lausanne-based AIBA has said it is near bankruptcy with debts of about $17 million. It is cut off from future income from Tokyo revenues, and the 2019 world championships for men and women in Russia are no longer Olympic qualifiers.

AIBA has an emergency meeting scheduled for Thursday in Geneva, which an IOC delegate is scheduled to attend.

AIBA hoped for a reprieve by Rakhimov leaving his duties to an interim replacement in March, though he could choose to return at any time this year.

“These risks don’t disappear by the mere fact of Mr. Rakhimov ‘stepping aside,'” IOC board member Lalovic said, noting the Uzbek’s “level of influence and control remains uncertain.”

In December 2017, the U.S. Treasury Department noted “Rakhimov has been described as having moved from extortion and car theft to becoming one of Uzbekistan’s leading criminals and an important person involved in the heroin trade.”

The IOC had to avoid the consequences of fixed bouts or suspect results in Tokyo, said Morinari Watanabe, who leads the Olympic panel overseeing the next Olympic boxing competitions.

IOC president Thomas Bach said “we are all concerned with the refereeing.”

Boxers’ lack of faith in AIBA at each Olympics from 2008 to 2016 were raised by Lalovic, who led a three-member inquiry team.

Those doubts persisted despite AIBA reviews after each Olympics, Lalovic noted to an audience that included former AIBA president C.K. Wu, an IOC member for 31 years.

Wu oversaw each post-Olympic integrity review. He was ousted by AIBA officials two years ago amid a deepening financial crisis and protests about his often secretive leadership style.

Qualifying tournaments for Tokyo are intended to be held in four continents from January through March, likely in London, China, Senegal and Argentina. All are recent or future hosts of Olympic boxing competitions. A final global qualifier is expected to be held in Japan.

That would give each boxer at least two chances to qualify for the eight men’s weight classes and five women’s classes, the IOC said.