MANILA, Philippines–The Rockets were not happy with the MVP results, and they were not afraid to let be known.

In a series of tweets shortly after the NBA Awards, the official Twitter of Houston Rockets demonstrated why they “respectfully disagree” with Giannis Antetokounmpo’s MVP selection over their superstar guard James Harden.

The Rockets listed Harden’s achievements in the recently concluded season, highlighting his no doubt impressive scoring exploits for the franchise, which bowed to the Golden State Warriors in the Western Conference Finals. 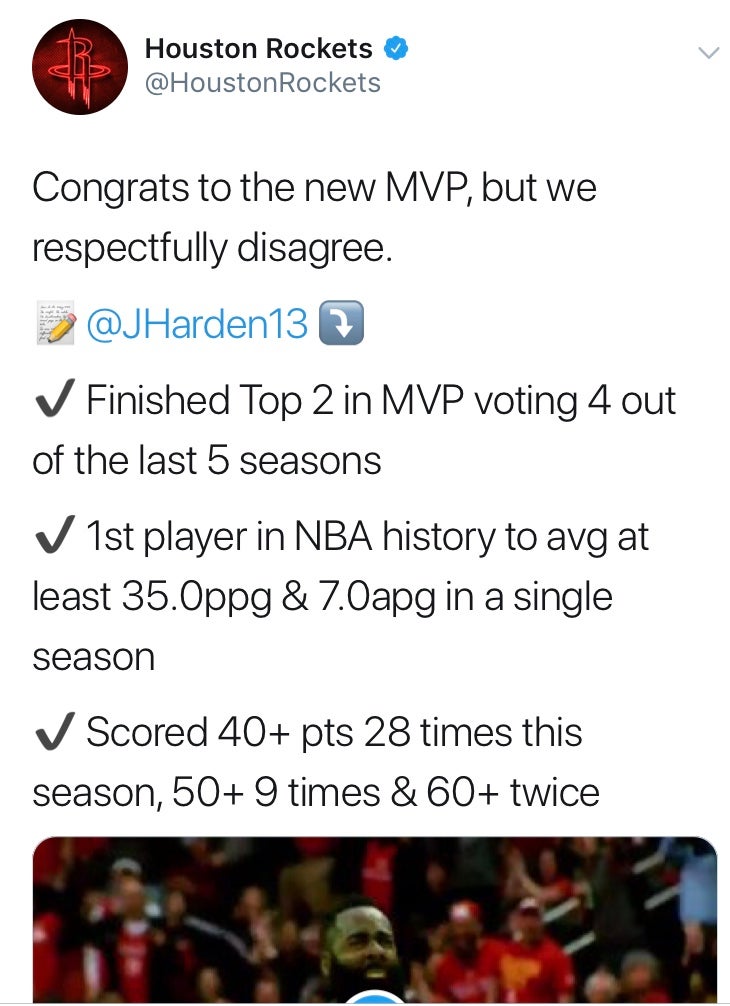 The tweets, though, have since been deleted, but not before earning the ire of basketball fans.

“Giannis is currently one of the most beloved people in all of professional sports and the @HoustonRockets tweeted out all that mess that they already had ready to go just in case. That’s really messed up,” tweeted  @SkinWade

“Now that the ROY race is officially over can we all get back to what a national embarrassment the Houston Rockets are?” said @squish41.

Harden, who is currently in the Philippines for a promotional tour, finished second in the MVP race to the 24-year-old Antetokounmpo, who received 78 of the 101 possible first-place votes. He got 23 first-place votes.