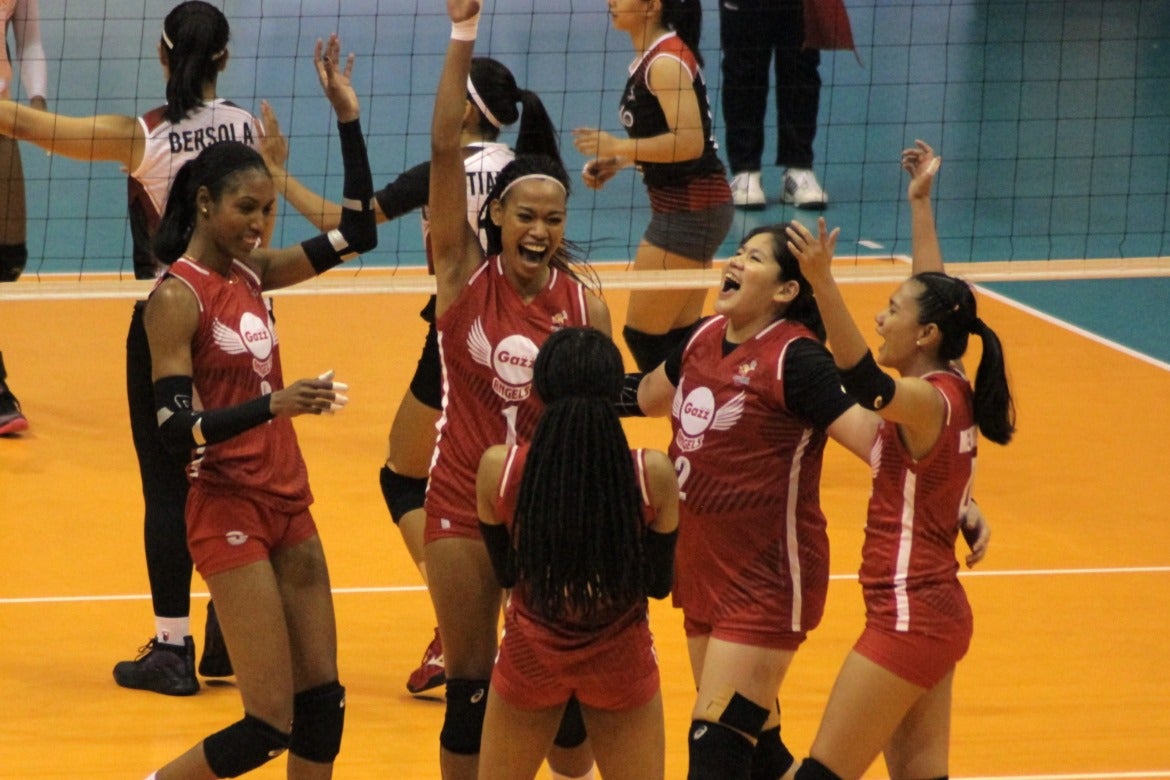 PetroGazz booked its first ever championship ticket after bumping off BanKo Perlas, 25-23, 25-18, 25-17, Saturday in the Premier Volleyball League Reinforced Conference at Ynares in Antipolo City.

The Angels once again let loose of heavy-scoring imports Wilma Salas and Janisa Johnson to fashion out the easy win. They will face the winner of the other semifinal series where Creamline has a 1-0 lead over PacificTown-Army.

The Perlas Spikers didn’t have the luxury of an A1 reinforcement and instead leaned on locals led by Nicole Tiamzon.

They took an 8-5 lead in the third set but that was short-lived when PetroGazz’s Jeanette Panaga scored back-to-back aces and Salas scored on a block off BanKo import Stiix Horton.

In the second set alone, PetroGazz outgunned BanKo, scoring 17 on attacks against 10 by the Perlas Spikers.