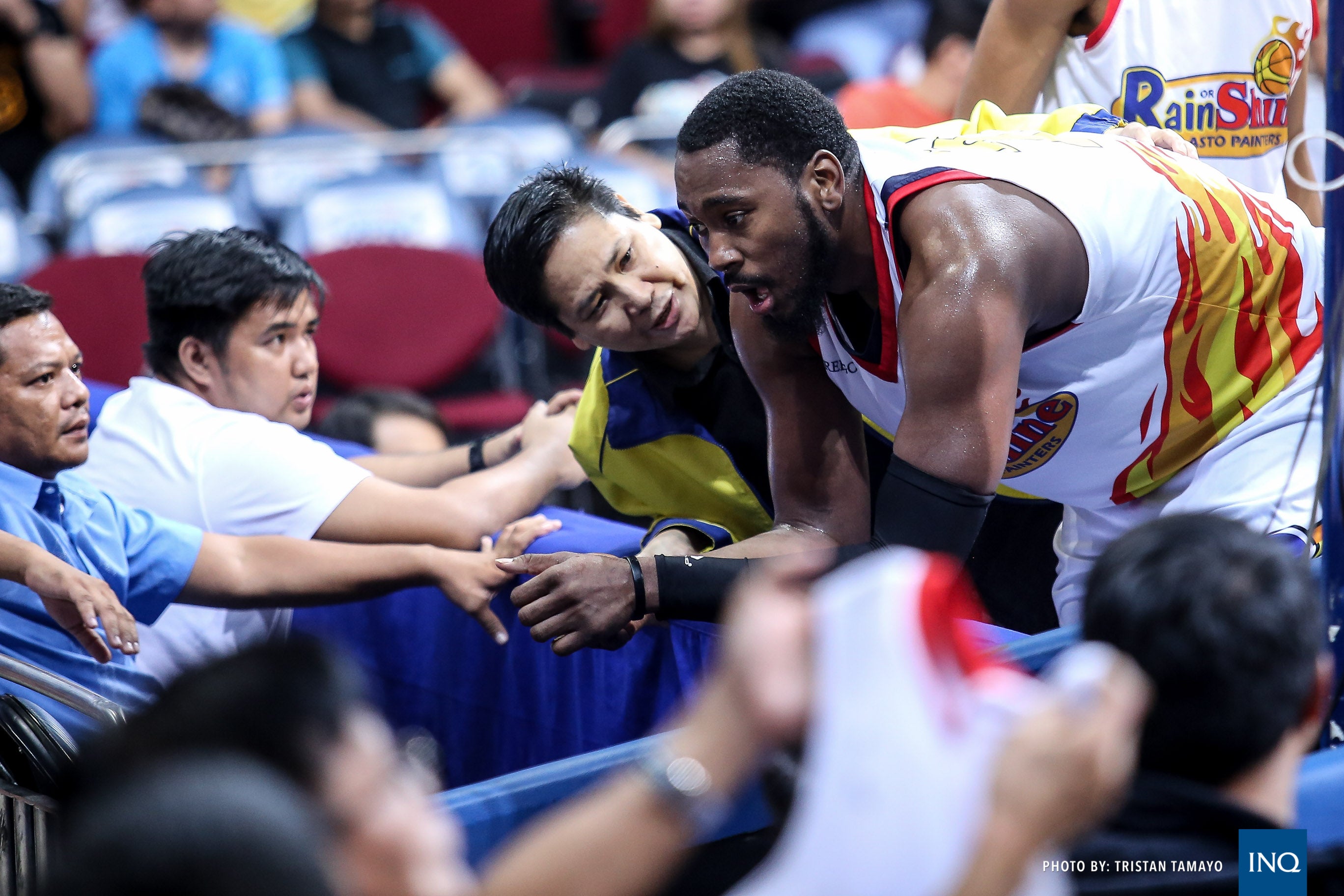 MANILA, Philippines—Rain or Shine coach Caloy Garcia is bracing for the worst after his import Denzel Bowles hurt his left knee in the second quarter of the Elasto Painters’ game against Alaska Saturday.

The 30-year-old Bowles did not return after sustaining the injury at the 4:03 mark.

“Halftime he was already taken to the hospital because he felt something cracked in his knee so most probably he’ll be out,” Garcia said.

Garcia couldn’t help but rue the timing of Bowles’ injury.

“It’s too bad because yesterday’s practice was the first time he really talked to everybody. He’s a very silent type of an import but you can feel him yesterday,” Garcia said. “His voice was even loud enough when he said he felt that we really have a good team and he has the locals playing the way they played in the all-Filipino and he’s here to help us all the way.”

Bowles was having himself a game with 16 points on 6-of-8 shooting before the injury.

The Elasto Painters, though, still found a way to win despite Bowles’ absence and Garcia lauded his locals for stepping up, especially sparingly-used forward Sidney Onwubere.

“Hats off to the players they really played their hearts out. Sidney came in, he hasn’t played the whole conference and he gave us huge quality minutes,” said Garcia, whose team came away with a gutsy 86-84 win to bolster its playoff chances with a 4-5 record.

“Second half we played better offensively and even defensively we played pretty well. I just hope we can continue playing this way. We really played hard.”

Javee Mocon and Mark Borboran scored 11 apiece while Rey Nambatac and Ed Daquioag added 10 and seven points, respectively for the Painters. Borboran put up 10 points in the final frame alone.