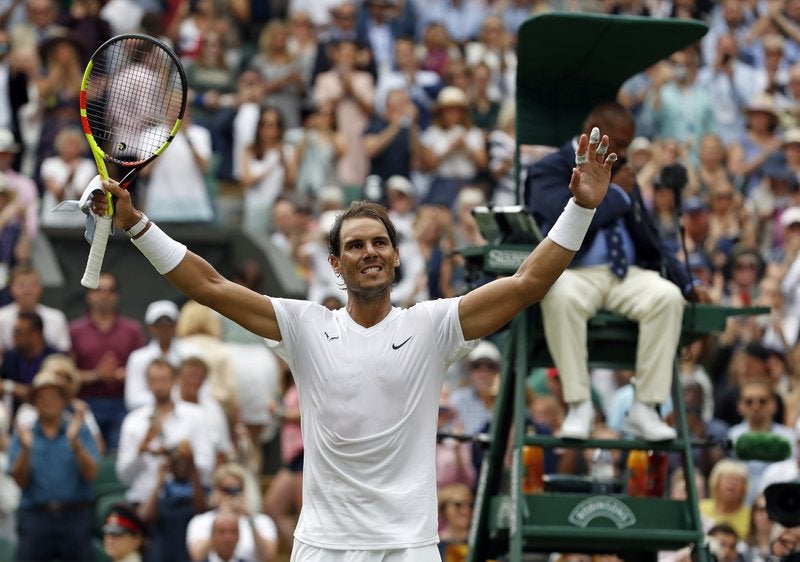 Nadal dominated from the start, breaking Sousa in his first two service games to take a 4-0 lead in the first set. The Spaniard never faced a break point and converted six of the eight he created on Sousa’s serve.

He earned a standing ovation from parts of the crowd after setting up one of those break points, ending a 20-shot rally with a running backhand cross-court winner to make it 30-40 at 1-1 in the third set. He hit another backhand winner to secure the break and broke again for a 5-2 lead.

It was the two-time Wimbledon champion’s 52nd match win at the All England Club, surpassing Bjorn Borg for eighth place on the all-time list.