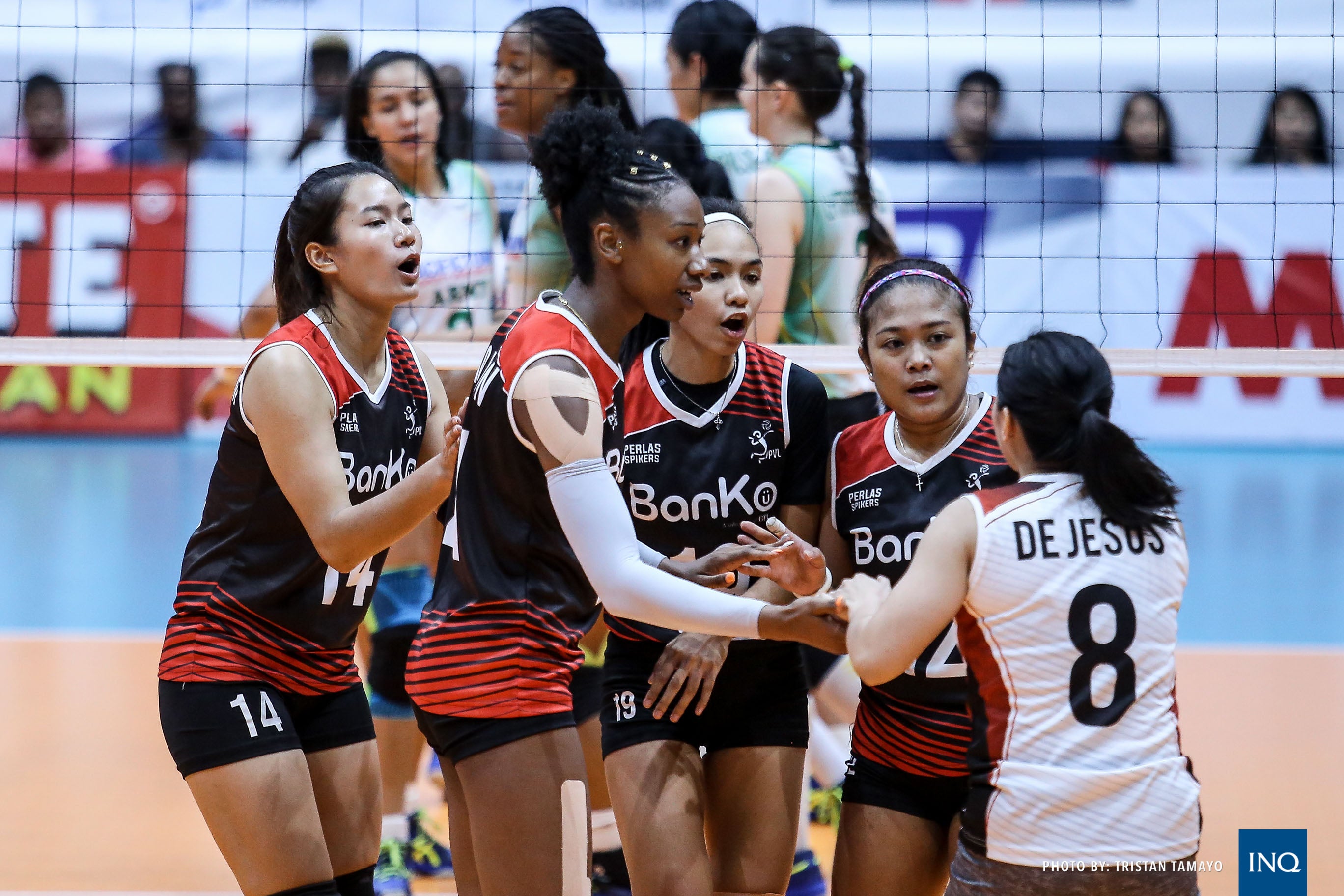 MANILA, Philippines—BanKo came back from the brink of defeat and stunned Pacifictown-Army, 25-27, 10-25, 27-25, 26-24, 16-14, to close in on the bronze medal in the Premier Volleyball League Reinforced Conference Wednesday at Filoil Flying V Center.

Captain Nicole Tiamzon came up big for the Perlas Spikers with a team-high 18 points, including crucial points in the clutch.

The two teams traded blows well until the final points of the fifth set with Sue Roces tying the frame at 14-14 with a down-the-line kill, followed up by a beautiful crosscourt attack from Tiamzon that put the Perlas Spikers at the 15-14 match point.

Royse Tubino had a chance to tie the set but her final attempt landed squarely on the net, paving way for the Spikers’ win.

Tiamzon said they had to push past the frustrations of trailing at 0-2.

“We have to go through with the frustrations because we didn’t get the first set and the second we were just lost,” sad Tiamzon in Filipino. “We had to fight the frustration because if we didn’t fight it then we will just pull ourselves down.”

“During the fifth set we told each other to give it our all, we won’t lose anything here and we just really wanted to win the first game of the battle-for-third series.”

Roces and Kathy Bersola also finished in double figures for the Perlas Spikers with 11 points apiece.

Olena Lymareva-Flink led all scorers with 26 points for Pacifictown-Army while Tubino added 24.