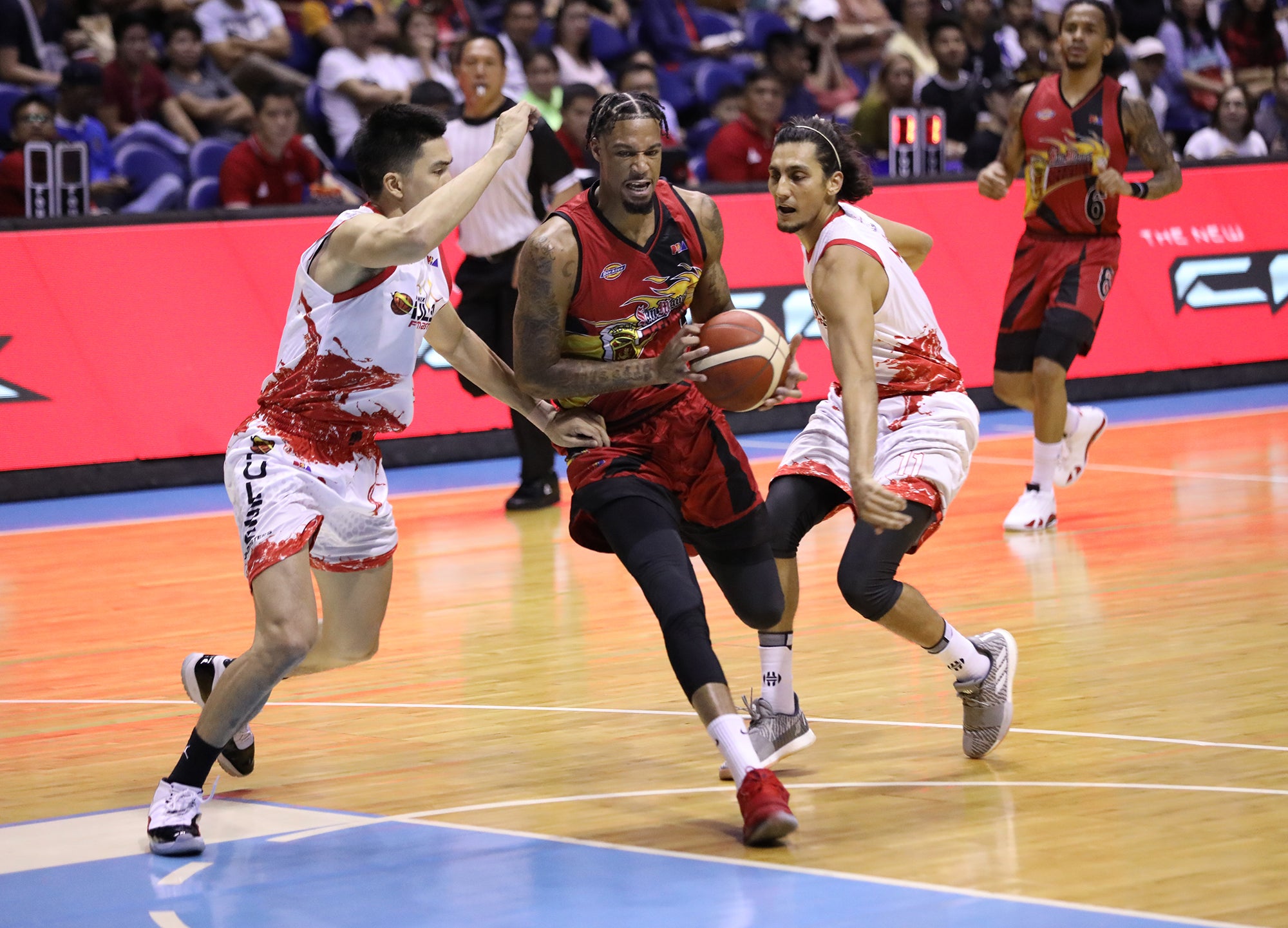 Chris McCollough scored 37 points and had 13 rebounds in under 33 minutes for the Beermen, who rose to 4-5–and remained undefeated after pulling the plug on the Charles Rhodes era.

The Fuel Masters, who were already without the banned Calvin Abueva, also lost import Richard Howell in the second half because of a knee injury, lost for the second straight time in a 4-6 card and would need to win their last outing to gain at least a tie for No. 8 spot.

Phoenix will be battling also-ran NLEX ar 4:30 p.m. Friday, while the Beermen, the consensus team-to-beat here, with matches against Rain or Shine and Meralco.

As things stand, San Miguel climbed to No. 7 but would like nothing more than advancing in the middle of the pack to be at a level playing field come the quarterfinals.

There was some color that transpired with 3:11 left–and the outcome very much settled–when Kelly Nabong was whistled for a flagrant foul 1 on Jorey Napoles before being tossed out for a technical foul after saying sweet nothings to game officials on the way back to the bench.