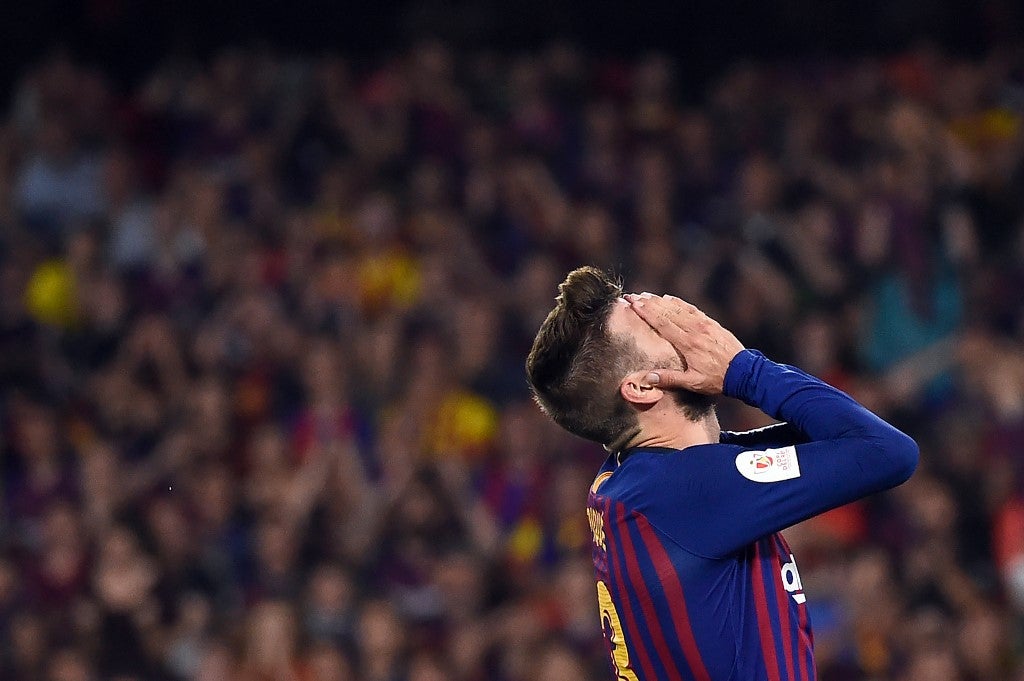 Barcelona’s Spanish defender Gerard Pique reacts to missing a goal opportunity during the 2019 Spanish Copa del Rey (King’s Cup) final football match between Barcelona and Valencia on May 25, 2019 at the Benito Villamarin stadium in Sevilla. (Photo by JOSE JORDAN / AFP)

Barcelona’s Gerard Pique will be forced to pay 2.1 million euros ($2.36 million) to Spain’s tax authorities after his conviction for rights-image fraud was confirmed, a legal source told AFP on Wednesday.

According to a May 13 decision the country’s National Court rejected Pique’s appeal against the 2016 sentence which required the former Spain international to pay 1.5 million euros in tax arrears and a 600,000 euros fine.

The tribunal concluded Pique had faked the handover of his rights images to his Kerad Project company to pay less tax for 2008, 2009 and 2010.

The verdict comes a month after his wife, Colombian musician Shakira, was questioned by a judge near the Catalan city over alleged evasion of 14.5 million euros in taxes.

Her press team released a statement in which they said the artist was innocent.

The center-back’s former teammate at the Camp Nou Neymar is under investigation by Spain’s fiscal authorities over a bonus he received at Barca as well as his world-record transfer to Paris Saint-Germain.

Another of Pique’s fellow club squad members Lionel Messi, paid a two-million-euro fine in 2016 in his own tax wrangle and received a 21-month jail term.

The prison sentence was later reduced to a further fine of 252,000 euros, equivalent to 400 euros per day of the original term.

A Spanish court in January handed Portuguese forward Cristiano Ronaldo a suspended two-year prison sentence for committing tax fraud when he was at Real Madrid.

The player, who joined Italian side Juventus last year, also agreed to pay 18.8 million euros in fines and back taxes to settle the case, according to judicial sources.