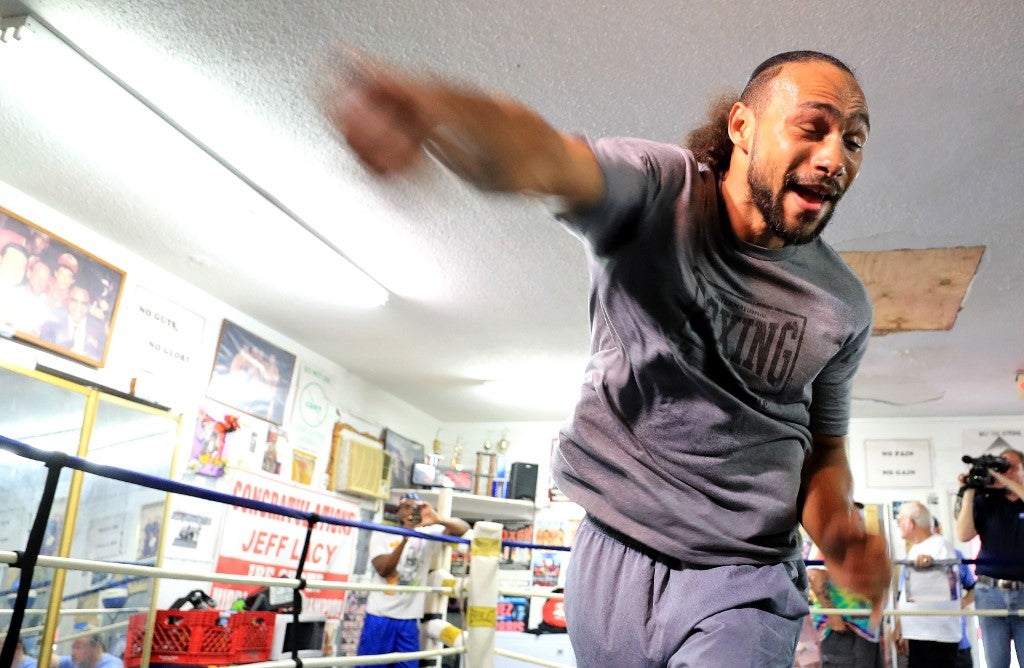 MANILA, Philippines—Keith Thurman isn’t shy to show his brash nature, often referring to himself in the third person.

But that’s not the only thing he did to show off his loud attitude.

The WBA Super World welterweight title even called himself as the next Manny Pacquiao, just mere days leading up to his fight against the boxing legend.

According to RingTV’s report, Thurman said he always delivers the best fights—just like Pacquiao can—and that he brings the same entertainment factor as his opponent.

Thurman (29-0) will stake his title against Pacquiao (61-7-2), the WBA “regular” champion, on July 20 at MGM Grand in Las Vegas and he believes he’s the most entertaining of all welterweights—an obvious jab at the Filipino.

Pacquiao, boxing’s only eight-division World champion, is arguably the sport’s most entertaining fighters of all time after his furious style allowed him to rack up titles after titles in the 2000s.

From 2001 to 2011, Pacquiao went 22-1-2 and won titles across six weight classes marking the best decade in his illustrious career and in turn making him a global superstar.

Of those 22 victories, 14 were stoppages.

Thurman, though, doesn’t have the same frantic style as Pacquiao but he does have 22 knockouts under his name with his last one was back in 2013 when he stopped Jesus Soto Karass to become the interim WBA World welterweight champion.

“I think I’m the most entertaining fighter in the welterweight division today,” said Thurman. “You can’t really take much away from me. You can throw some criticism and shots if you want.”

Read Next
ONE: Danny Kingad unaffected by change of foe as he looks to stretch streak
EDITORS' PICK
Conquer the World with the Newest ASUS VivoBook S14 (M433)
Someone from the Philippines could win $313 Million jackpot this Tuesday night
Extend or downgrade quarantine? Metro mayors to weigh in on fate of lockdown
COVID-19 cases in Philippines now at 14,669
CALVIT-C: Non-acidic, high-absorption vitamin C now available online
Duterte names presidential adviser RJ Jacinto as DICT Usec
MOST READ
COVID-19 cases in Philippines now at 14,669
Solon accuses ABS-CBN as pro-Noynoy, pro-Poe, Robredo in 2010, 2016 presidential polls
Kim Chiu sells ‘Bawal Lumabas’ shirts to give food to needy families amid COVID-19
Duque contradicts Duterte, says resumption of classes in August is ‘safe’
Don't miss out on the latest news and information.