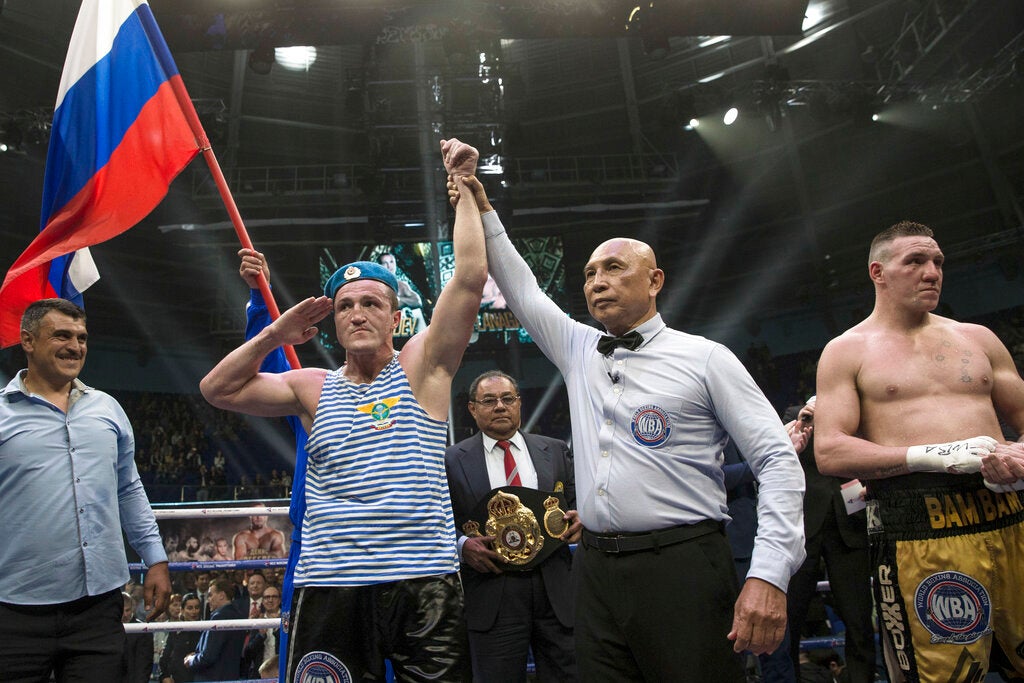 Lebedev won the interim WBA cruiserweight title in 2011 against James Toney, and successfully defended it eight times to 2017.

“The time has come to leave elite sport,” he said on Instagram. “As a real man, husband and father, I must focus on my big family and try to give as much attention as possible to those closest to me.”

He also held the IBF belt in 2016, winning it from Victor Emilio Ramirez before losing it to fellow Russian Murad Gassiev seven months later.

Known for entering the ring in Russian paratrooper uniform, Lebedev finishes with a 32-2 win-loss record, 23 by knockout. His defeat to Guillermo Jones in 2013 was later changed to a no-contest when the Panamanian failed a drug test.

Lebedev had been hoping to fight the then-unified cruiserweight champ Oleksandr Usyk, but the Ukrainian moved up to heavyweight in March. A planned fight with France’s Arsen Goulamirian collapsed last week. Lebedev hasn’t fought since last November.