Shooting for the top

NorthPort battles Meralco in a match that could mean the franchise’s first No. 1 finish
By: Denison Rey A. Dalupang - Reporter / @sonrdINQ
Philippine Daily Inquirer / 05:50 AM July 12, 2019 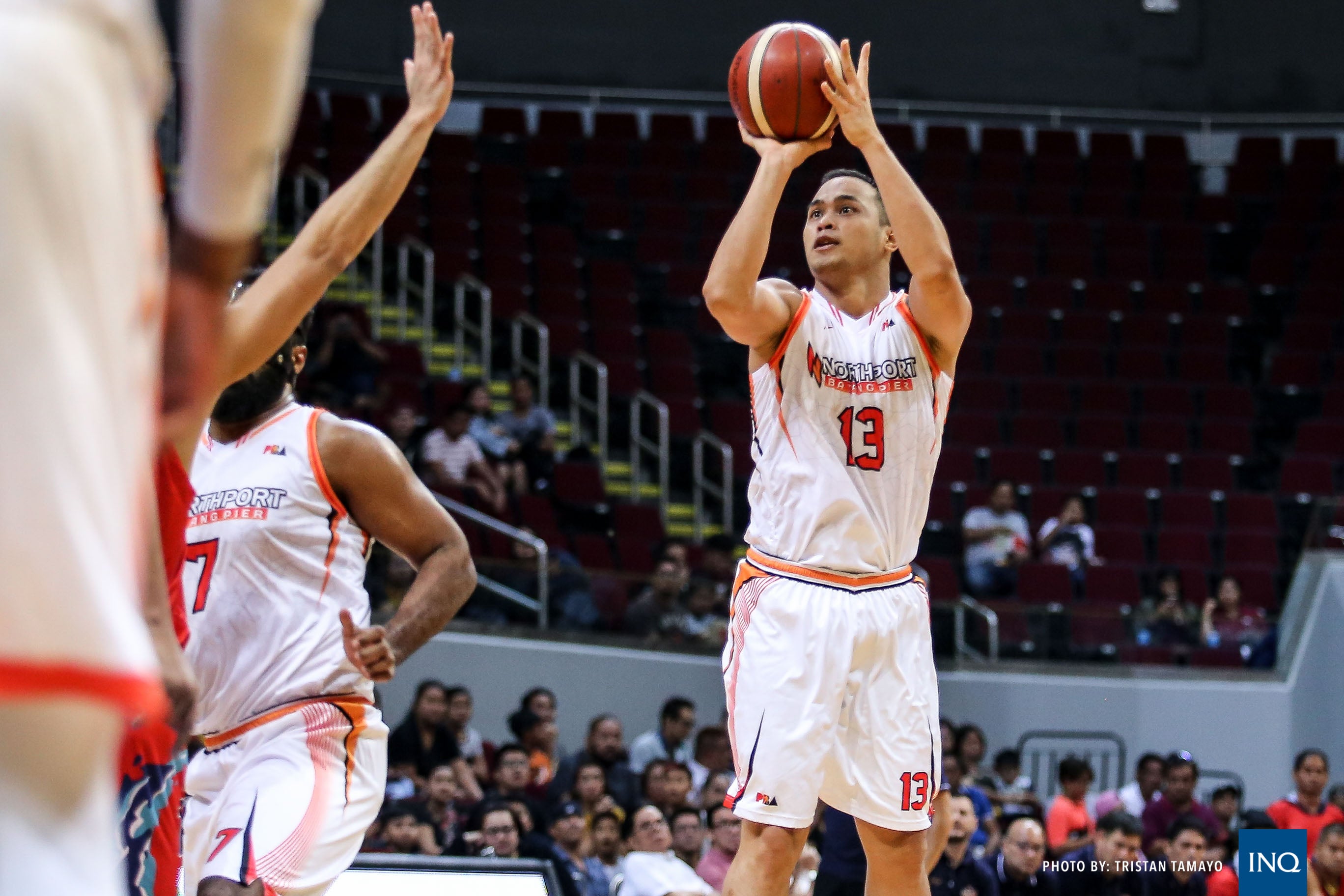 NorthPort is on the cusp of improving what already is a franchise-best performance in the PBA, but coach Pido Jarencio has no time to comb through records.

At least for now.

After sealing the club’s first twice-to-beat advantage in the playoffs, Jarencio and his gang can shoot for No. 1 ranking when the Batang Pier clash with Meralco to end their elimination round schedule Friday at Cuneta Astrodome in Pasay.

But even that distinction is far from Jarencio’s mind. He just wants his boys “to simply play well” with the playoffs coming next week.

“Our concern right now is to execute properly,” he told the Inquirer in Filipino. “We’re not looking at those (records) right now.”

Meralco, at 3-6, is the team that’s in dire need of a win, with the Bolts needing to win their last two outings to have a mathematical chance of making it past this round.

The Bolts will be coming into the 7 p.m. contest the losers of their last four games.

A NorthPort win coupled by a loss by idle leader TNT to Magnolia on Wednesday would give the Batang Pier and the KaTropa identical 9-2 records for No. 1. But NorthPort will win the tiebreak after having beaten TNT in the eliminations.

The Batang Pier have the lowest-scoring import in Prince Ibeh, and no team since Rain or Shine has won this tournament with a reinforcement that doesn’t score heavily.

Meanwhile, Phoenix Pulse, still licking the wounds of a 108-128 loss at the hands of powerhouse San Miguel Beer on Wednesday, clashes with also-ran NLEX in the 4:30 p.m. game.

A win would give the Fuel Masters at least a tie for a quarterfinal berth.

“There are still plenty to work on from our end,” Jarencio said, playing down the possible rosy scenarios his team could figure in. “We still have to work on our consistency—especially on both our energy and effort on the floor. We do that and we’ll pull through.”

“As for the playoffs, we can’t still think about that. We don’t even know yet who we are playing, so I’d rather we focus on what’s on the horizon,” he said.

“We’re in the same predicament as (San Miguel),” coach Louie Alas, whose squad sits on eighth place with a 4-6 card, told the Inquirer. “But our bigger problem now is we have a lot of injuries.”

Phoenix also lost Calvin Abueva to suspension, with the league banning the energetic forward indefinitely after a series of bad behavior both on and off the court.