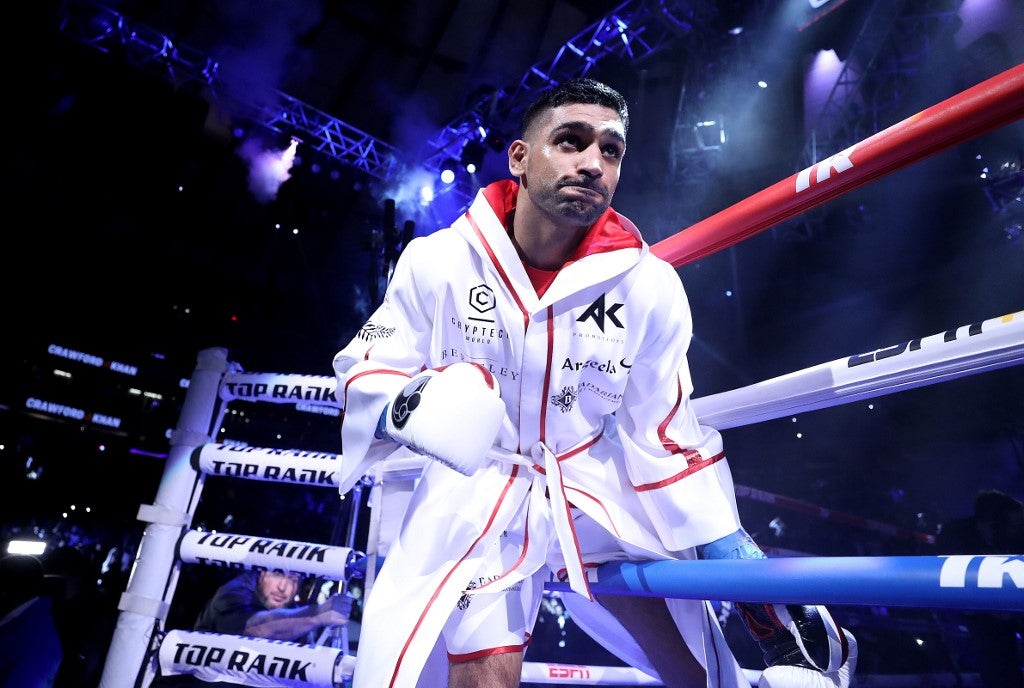 MANILA, Philippines—Amir Khan, one of the better boxers of his generation, believes he still deserves a title fight against one of the sport’s most iconic fighters Manny Pacquiao.

The British fighter will take on Australian Billy Dib for the WBC International welterweight this Friday at King Abdullah Sports City in Jeddah, Saudi Arabia and he thinks a win would catalyze his dream fight.

“There’s still big fights out there, you’ve got Kell Brook, Manny Pacquiao,” said Khan in a report from BoxingScene.com. “Some super big names in boxing that we’ve been talking about for a long time.”

“One of those fights could happen, I’d be looking at any opponent. There’s a lot of options. It just depends who wants to take the fight. I’m still in that mix where I can get those big names.”

His fights against Saul “Canelo” Alvarez and Terence Crawford for the WBC World middleweight and WBO World welterweight titles, respectively, also both ended in knockout losses.

Nonetheless, Khan said a prospective fight with Pacquiao in an in the oil-rich country is still an option.

“Pacquiao and I did talk about that we’ll fight each other one day,” said Khan. “And it will happen, maybe it will happen next. It just depends on how he does in his next fight and how I do in mine.”

“It’s up to the government to say yes to that and make it happen. Manny and I are friends, but it’s a business and if we’re going to go into the ring and fight one another we’d obviously take it seriously.”

Khan added that it’s not only Saudi or the United Arab Emirates that could host his fight against Pacquiao.

“We have something good going with the Saudi government, but who knows. It’s such a big fight internationally that it could happen anywhere: America, England, Dubai, Saudi Arabia. So we’re keeping our options.”