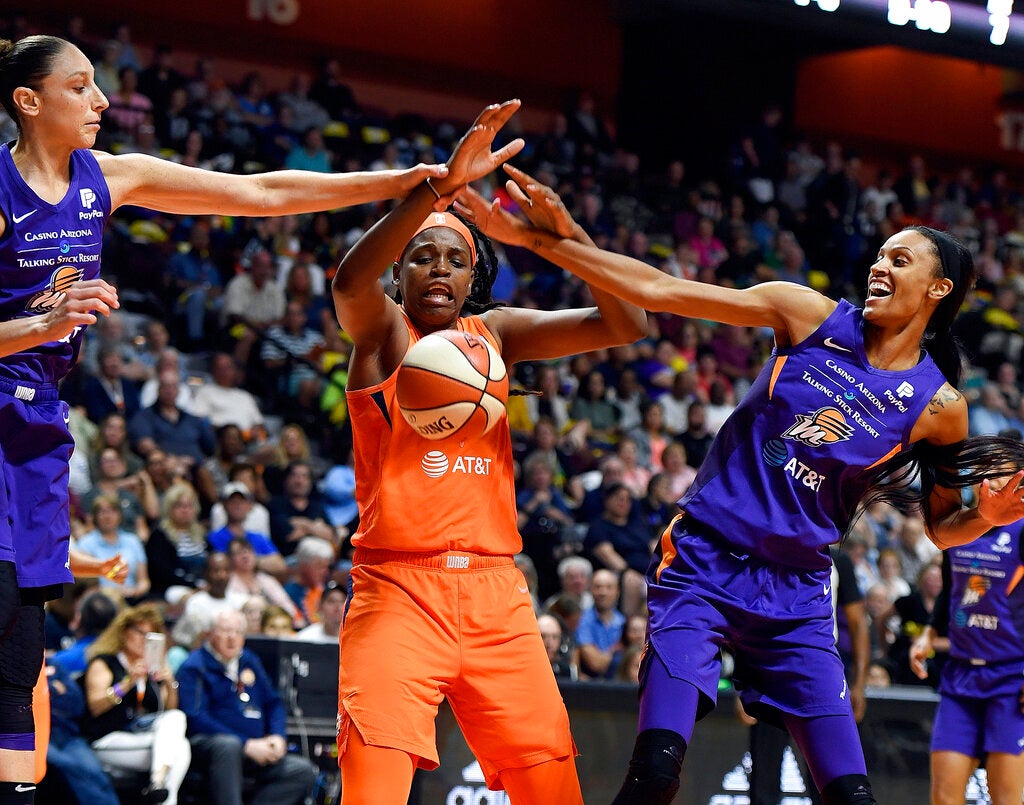 Taurasi, the former UConn star and the WNBA’s career scoring leader, played 16 minutes and scored five points —all from the free-throw line — in her first game since offseason back surgery.

Connecticut (10-6), which outscored Phoenix by 21 points in the second half, had three players finish with a double-double for the third time in team history. Jonquel Jones had 13 points and 11 rebounds, and Courtney Williams added 10 points and 10 rebounds.

DeWanna Bonner had 20 points and eight rebounds for Phoenix (7-7), and Brittney Griner added 10 points with three blocks. The Mercury had won five of their last six games.

Williams was 6-of-9 shooting and grabbed eight rebounds. The rest of the Atlanta players shot just 18 of 62 from the field.

Candace Parker sat out for Los Angeles (8-7) because of an ankle injury.

Erica Wheeler and Shenise Johnson each scored 11 points for Indiana (6-11).