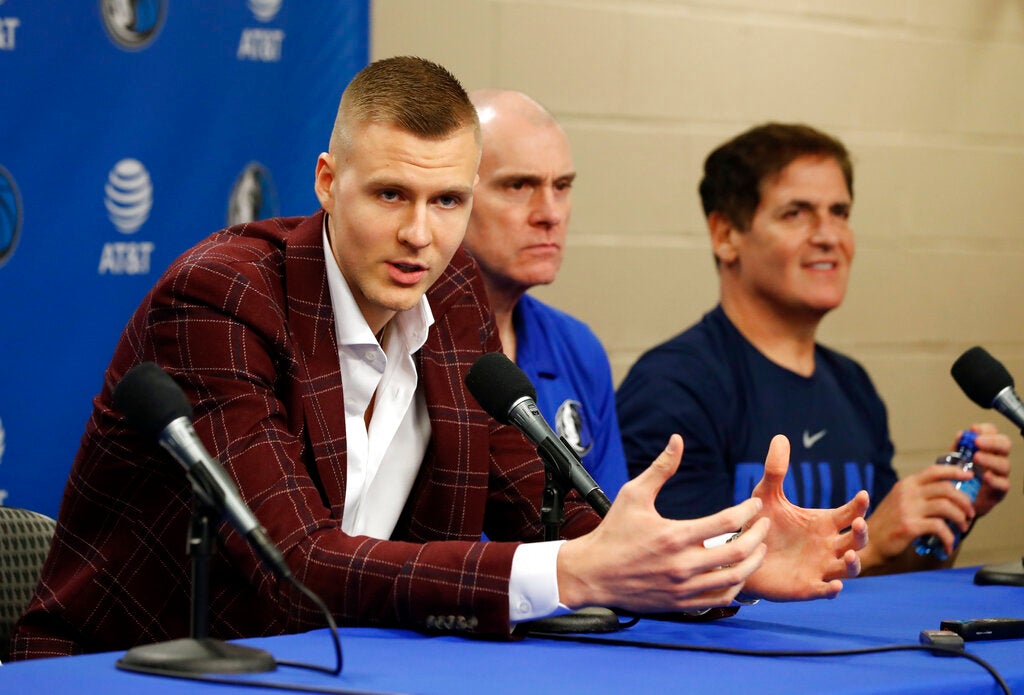 DALLAS — The Dallas Mavericks have officially re-signed Kristaps Porzingis, the 7-foot-3 All-Star selection who still hasn’t played a game for them since being acquired in a big deal before the trade deadline last season.

The Mavericks announced Friday that the deal was done.

Porzingis and the Mavericks agreed earlier this month on a $158 million, five-year maximum contract — the last season being a player option. That will pair the Latvian standout with fellow young Euro star Luka Doncic, the 20-year-old from Slovania who was the NBA’s Rookie of the Year last season when he averaged 21.2 points.

Dallas sent a pair of first-round picks and Dennis Smith Jr., the ninth overall selection in the 2017 draft, to the New York Knicks for Porzingis in a seven-player trade last Jan. 31.

Porzingis, who turns 24 on Aug. 2, sat out all of last season after tearing the anterior cruciate ligament in his left knee on Feb 6, 2018, in what turned out to be his last game for the Knicks. The injury happened not long after Porzingis was named an All-Star.

In 186 games over three seasons with the Knicks after being the fourth overall pick in the 2015 draft, Porzingis averaged 17.8 points and 7.1 rebounds. He averaged 22.7 points through 48 games in 2017-18 before the injury that has since kept him out of NBA games.