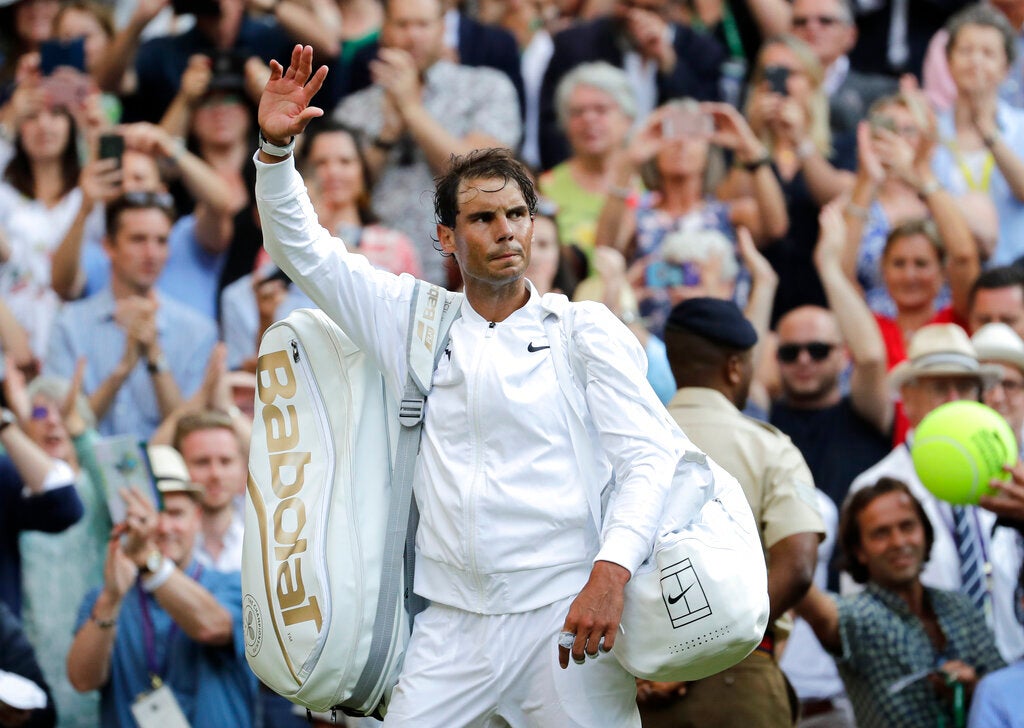 Rafael Nadal rued missing out on the Wimbledon final after losing to great rival Roger Federer and admitted his chances of adding a third title on the grass of the All England Club are receding.

The 33-year-old Spaniard, who remains two off Federer’s Grand Slam record title haul of 20, has two Wimbledon crowns to his name.

But he said his game on Friday was never at the level required to repeat his epic win in his first championship victory over Federer 11 years ago.

It will be Federer who bids for a ninth Wimbledon title against the four-time champion Novak Djokoic, the third member of the great triumvirate that still dominate the sport.

“I am sad for the loss because for me it was another opportunity,” he said.

“But at the same time I created another opportunity to be in another final of a Grand Slam.

“Just accept that was not my day. I played a great event. I take this in a positive way.

“At the same time, today is sad because for me I know chances are not forever.

“Last year I had chances here (he lost in five sets to Djokovic in the semi-final), I had another one, and I was not able to convert to win it one more time here.”

‘We are not done’

Nadal, who suffered his first loss to Federer in a Grand Slam semi-final after winning on the previous four occasions, said it was a wonderful experience to be part of the great rivalry with fellow 30-somethings Federer and Djokovic.

Indeed — Andy Murray aside on two occasions — no other player apart from them has lifted the Wimbledon trophy since Australian Lleyton Hewitt in 2002.

“We spoke about that one thousand times,” said Nadal.

“The same time is great to be part of this rivalry, be in the middle of these three players that achieved that much in this sport in the same era.”

If the increasingly harassed ‘NextGen’ group of players — who speak of the unbearable pressure they feel in trying to break up the trio’s dominance — were hoping for light at the end of the tunnel Nadal offered none.

“It is something that is going to be difficult to see again,” he said.

“We are not done, so… Things continue. Just another episode this afternoon.

“Of course, as I said the other day, we know that every time there are less chances to play against each other in these high quality matches.

“Was another chance this afternoon.”

Nadal said defeat was tough but graciously congratulated Federer on being the better player on the day.

“The same like all my career, no?” he said. “He is always able to do the most difficult things easy.

“He’s able to move inside the court quicker than anyone.

“He puts pressure on the opponent all the time because he has the ability to take the ball earlier than anybody else.

“That’s probably the most difficult thing to make that happen, and he is able to do it so well.”