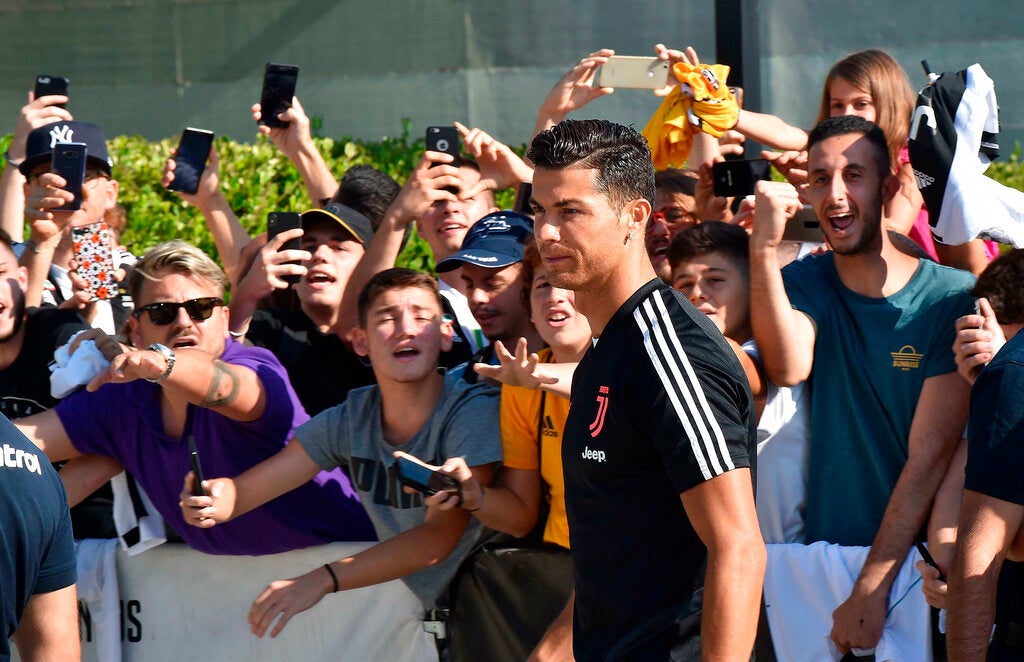 TURIN, Italy — Cristiano Ronaldo has arrived back at Juventus for his first day of pre-season training.

The 34-year-old Ronaldo was greeted by more than 100 fans Saturday on his arrival for standard medical tests.

The fans shouted his name as well as chanting for him to win the Champions League for them as a smiling Ronaldo signed autographs and posed for selfies.

Ronaldo was signed from Real Madrid just over a year ago in the hope that the five-time World Player of the Year could lead Juventus to the Champions League trophy.

However, Juventus was eliminated in the quarterfinals by Ajax.