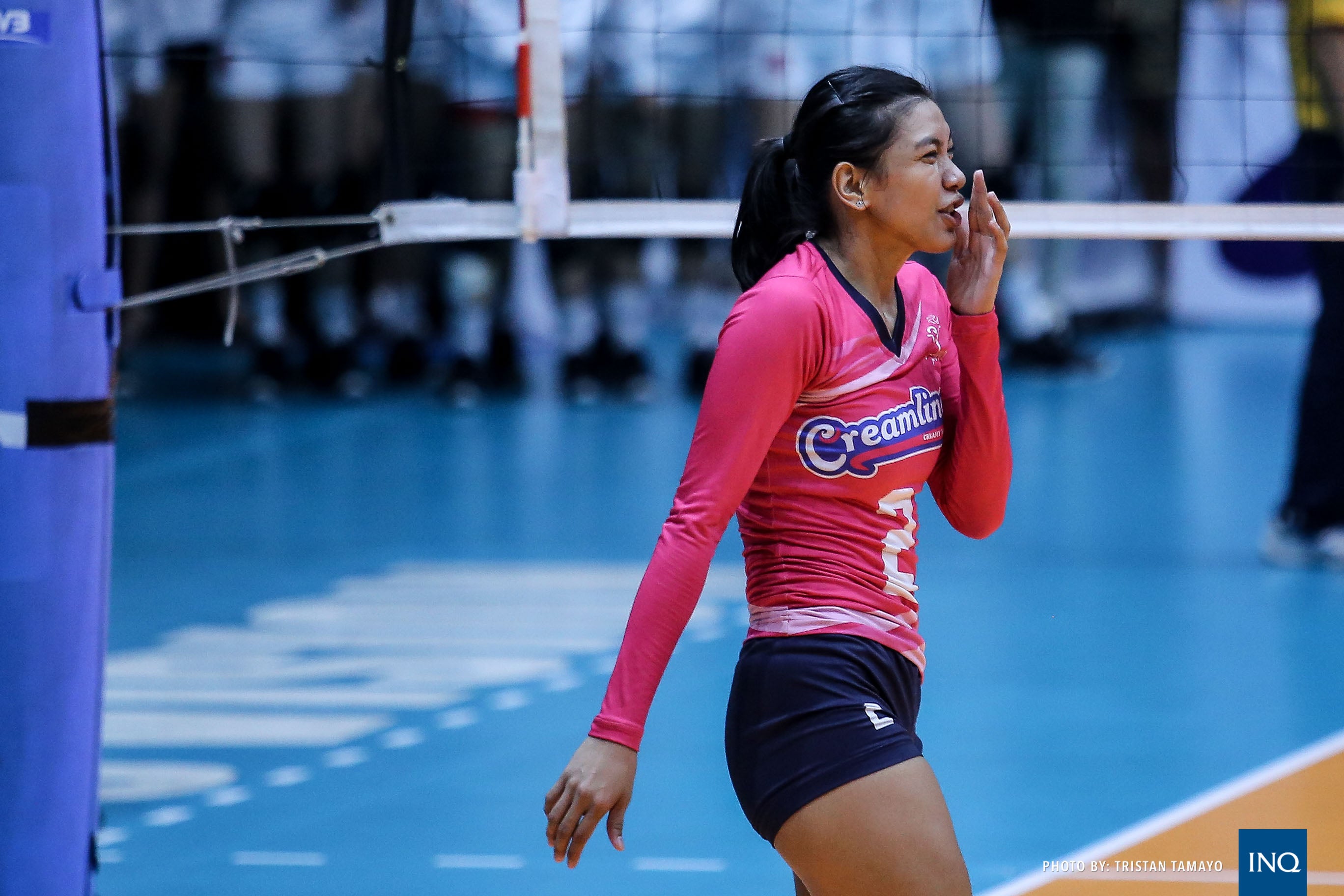 MANILA, Philippines—Creamline had the chance sweep its way to the Premier Volleyball League Reinforced Conference title on Saturday at Filoil Flying V Center.

The Cool Smashers only had to follow up their strong first set win over PetroGazz, but they couldn’t handle the master class the Angels put on in ensuing sets en route to a 15-25, 25-22, 25-22, 25-12 loss that tied the finals to one apiece.

Despite the series getting dragged to a decider, Creamline captain Alyssa Valdez–who earlier in the day was award the conference MVP–remains unfazed.

“I’m really excited and interested for what will happen tomorrow,” said Valdez in Filipino. “You know the fire and passion that you hold as an athlete, it’s as if you’re playing to show that off. You want to show everyone how you play as a player and your capacity to help your team.”

“Whatever happens as long as we give it our best and put it our all we will be happy with whatever the result.”

The Cool Smashers and the Angels get to settle their bids immediately in Game 3 on Sunday.

Valdez, who finished with a team-high 17 points, admitted that it was PetroGazz that wanted the win more as they Cool Smashers couldn’t find an answer to the Angels’ onslaught.

The Angels were dominant at the start of the fourth set, taking a 24-10 lead before Wilma Salas ended the affair with a powerful down-the-line kill.

“It goes to show that PetroGazz wanted it badly, they wanted this win,” said Valdez. “Those guys didn’t want this series to end today.”

“I’m not saying that we didn’t give it our best, but we still have tomorrow to give it our all.”