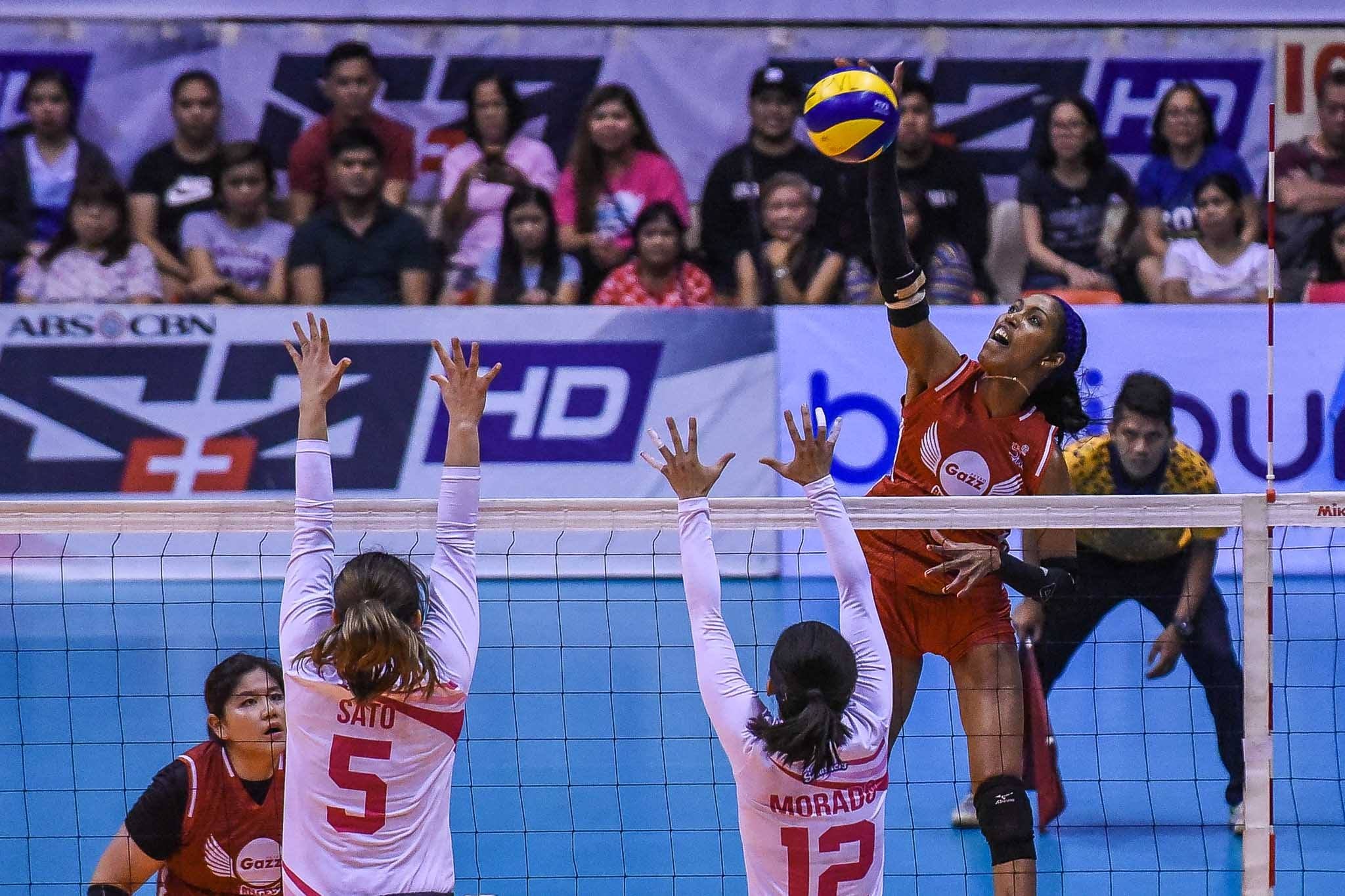 The Angels, who are just in their first finals appearance, denied the three-peat bid of Cool Smashers, who also won the 2018 Reinforced Conference and the 2018 Open Conference.

From a 14-14 deadlock, PetroGazz lit up and mounted a blistering 10-3 run to get to the 24-17 championship point on Janisa Johnson’s crosscourt kill.

The Cool Smashers managed to salvage two points courtesy of Jovielyn Prado’s service error and Risa Sato’s ace, but Johnson got the job done for the Angeles with another brilliant kill.

Johnson not only delivered PetroGazz a title, she also took home the Finals MVP plum.

PetroGazz head coach Arnold Laniog said the whole team had a recollection event after losing Game 1, and it was in that sharing session that the Angels found the chemistry to overcome the loss and get into a better place chemistry-wise.

“The moment they committed to the goal, I knew that the championship would be ours,” said Laniog in Filipino of Johnson and Wilma Salas. “Our target really after the loss in Game 1 was to get out morale and motivation back up.”

“We adjusted the positions and told my players that they just have to trust this because this is for the betterment of the team. We will work on our advantage to get beat Creamline.”

That adjustment came in Jonah Sabete joining the starters as one of the team’s extra hitters.

Sabete, who played mostly as the fourth option on offense, finished with six points in Game 2 but it was still Johnson and Salas who brought out the heavy production.

Salas had 30 points to lead all scorers while Johnson added 23 points for the Angels.

Alyssa Valdez had 22 points to lead the Cool Smashers.