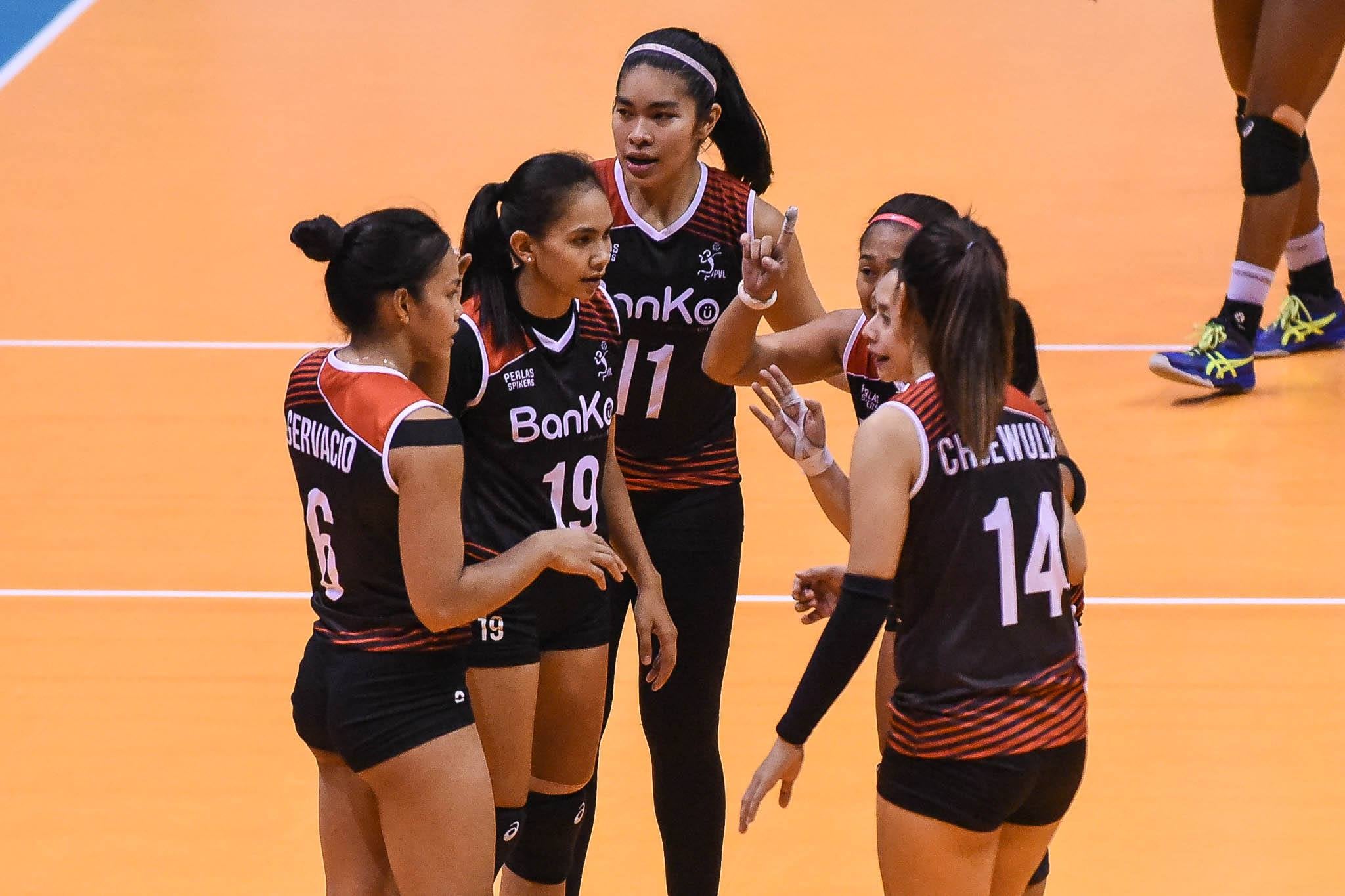 BanKo’s Nicole Tiamzon (no.19) talks to her teammates during Game 3 of the bronze medal series of the Premier Volleyball League Reinforced Conference. POOL PHOTO

MANILA, Philippines—It was a bitter defeat for BanKo against Pacifictown-Army in the bronze medal series of the Premier Volleyball League Reinforced Conference, but it was an event full of lessons for the podium outsider.

“Lesson learned because Banko Perlas always puts up a fight every time,” said Tiamzon Sunday at Ynares Center in Antipolo. “We just have to be patient and this isn’t just a lesson on the court, but also outside of it.”

“As a team, we should always look at the positive side, this will be our source of motivation going to the all-Filipino conference.”

The loss also seemed to wax poetic for Tiamzon as she practically carried the Perlas Spikers on her back during the finals.

BanKo played the third-place series practically without its second import, Jeane Horton, who was suffering from injuries throughout the three-game tussle.

This left Tiamzon to carry much of the offensive load with Thai guest player Sutadta Chuewulim.

Tiamzon was BanKo’s reliable scorer averaging 17.3 points a game and she hopes she can carry that momentum to the Open Conference.

“We struggled a lot during this conference because sometimes there’s only one import playing for us,” said Tiamzon, who was named the 1st Best Outside Spiker of the conference. “We’re looking forward to the next conference and we really need to double our effort.”

As for her individual award, Tiamzon said it hasn’t sunk in yet and that she would rather leave end the conference with a medal hanging under her chin.

“I think I was looking forward more for the bronze than the individual award but it’s a blessing,” said Tiamzon. “This will make me work even harder but it would matter more if the team won bronze.”

Read Next
UnionPay deepens connection with Filipinos through partnership with Philippine Basketball Association
EDITORS' PICK
The Best Tech Gifts For The 2022 Holidays
EDITORIAL: To a bike-friendly future
vivo’s coming to town to grant wishes with more holiday promos
Pagasa: Warm, sunny Sunday in most parts of PH
Is it safe to talk politics again at family gatherings? ‘The Reconciliation Dinner’ shows us what that’s like
House energy committee chair Arroyo bats for cheap electricity
MOST READ
LOOK: Vhong Navarro transferred to BJMP detention facility in Taguig
The Elephant Man in the Senate
Posh village as ‘shabu’ haven
LOOK: Zanjoe Marudo bonds with Ria Atayde, her family
Don't miss out on the latest news and information.