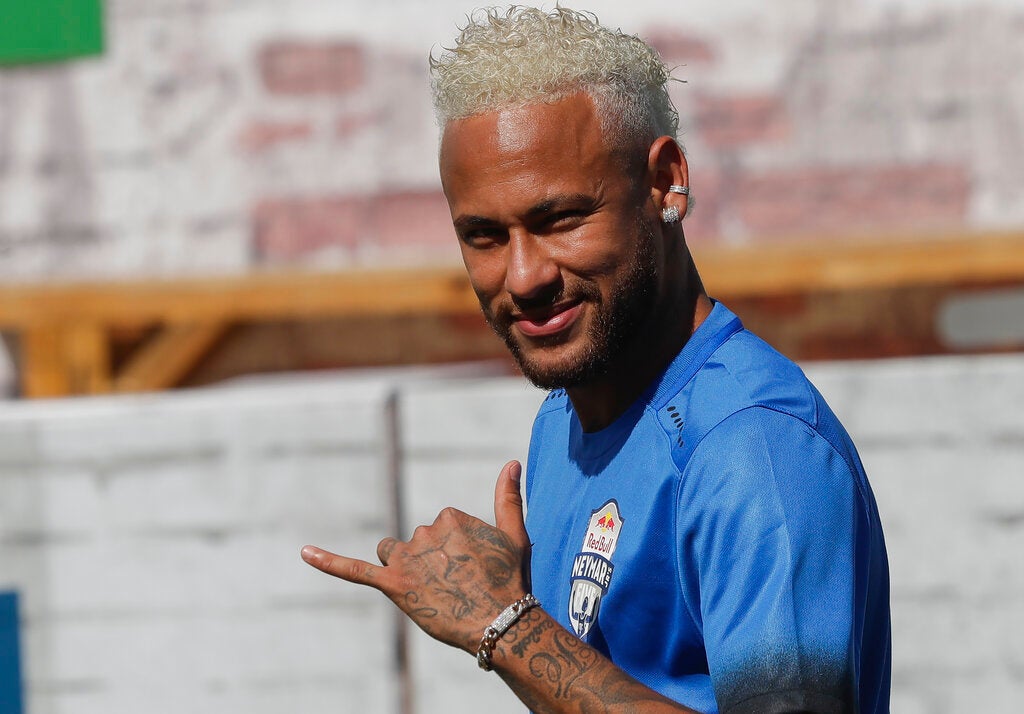 Neymar returned to training with Paris Saint-Germain on Monday, a week later than his teammates and days after controversially claiming his best football memory was beating PSG when he played for Barcelona.

A video posted on the website of leading sports daily L’Equipe showed the 27-year-old Brazilian — his hair dyed peroxide blonde — getting out of a black Mercedes van at the club’s training ground in the suburbs of the French capital.

PSG officially began pre-season training last Monday but Neymar, linked with a move back to Barcelona, was not there, with the player’s camp maintaining he had a prior agreement to stay away.

The French champions responded last week by threatening to take “appropriate action” against the world’s most expensive player, who said he had stayed in Brazil to attend a charity five-a-side football tournament run by his foundation, the Neymar Institute.

On Saturday, Neymar, who joined PSG for 222 million euros ($264 million at the time) from Barcelona in 2017, made a series of remarks that strained his relationship further with the club and sparked outrage on social media.

Asked by online sports channel Oh My Goal about his best memory in football, the troubled superstar cited Barcelona’s incredible 2017 Champions League victory over PSG when he was part of the team that overturned a 4-0 first-leg deficit by winning 6-1 in the second leg of their last-16 tie.

Earlier in the day, Neymar posted a 10-second video of himself in a Barcelona shirt and a quote from the Bible: “No weapon turned against you will prosper.”

Neymar’s father, who is also the player’s representative, later defended his son in an Instagram post, saying: “At no point did my son show a lack of respect to PSG or the players who played in that game in 2017.”

“My son plays for PSG, but he can’t simply ignore his past. A past that led to him arriving at the French club,” Neymar Senior added.

It has been a troubled summer for the player, who missed Brazil’s triumphant Copa America campaign on home soil after suffering an ankle injury in a warm-up friendly against Qatar in early June.

In addition, he was questioned by Brazilian police last month over allegations he raped a woman he met through social media in a Paris hotel. He has denied the accusations.

Meanwhile, PSG’s new sporting director Leonardo — a Brazilian like Neymar — last week opened the door to the player leaving the club “if there is an offer that suits everyone”.

However, the chances of him returning to Barcelona, where he previously starred for four years, cannot have been helped by the completion of Antoine Griezmann’s transfer to the Camp Nou from Atletico Madrid.

That deal was completed on Friday when the Catalans activated Griezmann’s 120 million-euro ($135 million) release clause.

While Neymar has just returned to Paris, his teammates are due to play their first pre-season friendly on Tuesday away to German side Dynamo Dresden.

Thomas Tuchel’s team are also due to play at Nuremberg at the weekend before travelling to Asia to face Inter Milan in Macau on July 27.

Their first competitive match of the season will be against Rennes in Shenzhen, China, on August 3 in the Champions Trophy, the traditional curtain-raiser to the French campaign.

Assuming he remains a PSG player, Neymar will be suspended for that game as he completes a ban for lashing out at a fan following the club’s shock defeat to Rennes in last season’s French Cup final.

Neymar is also banned for the first three matches of next season’s Champions League group stage, a punishment for an angry outburst at match officials following PSG’s last-16 loss against Manchester United in March.