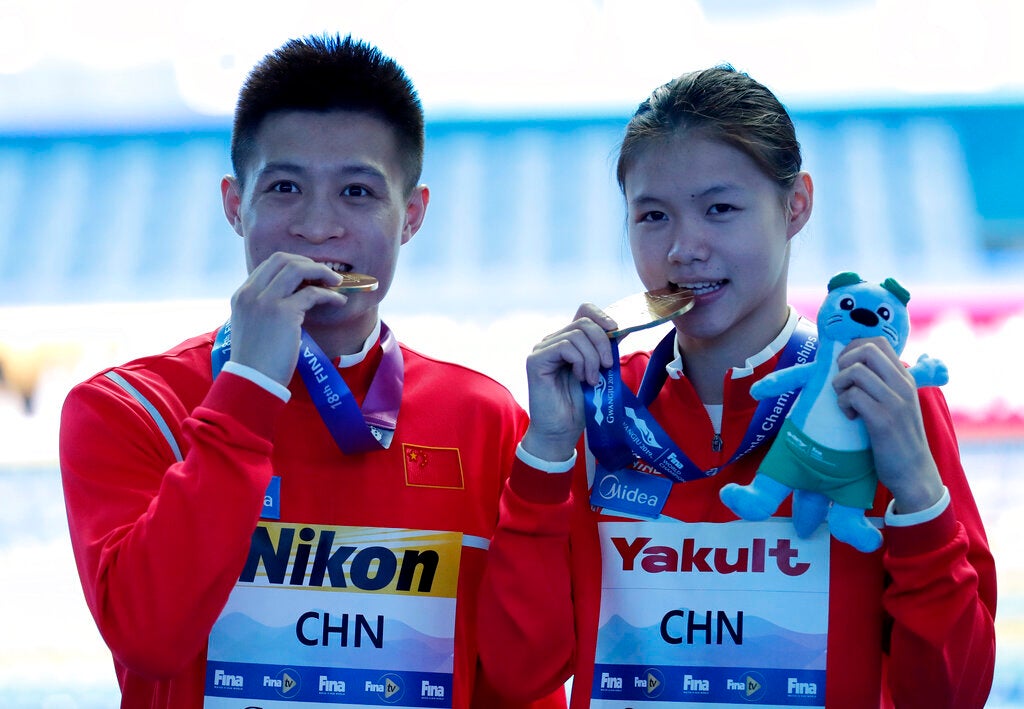 It was China’s eighth consecutive diving gold at the world championships in Gwangju, with five more events to come.

Lin Shan and Yang Jian won with a total of 416.65 points and didn’t face a strong challenge on their way to victory.

It was China’s first gold in the mixed team event — involving 3- and 10-meter dives — since it was introduced at the world championships in 2015.

“I only knew I would compete in this event one week ago,” said Yang, men’s 10-meter platform bronze medalist in Budapest two years ago. “We did not have time to train together. The most important thing was to show our best in the competition.”

Three-time youth Olympic champion Lin was afraid of the competition when young, “but I am not anymore.”

“I tried to adjust my breath and told myself to relax. It was my first world title and also first for China in this event, I was proud of that,” Lin said.

Russian pair Iuliia Timoshinina and Sergey Nazin took silver with 390.05, followed by Andrew Capobianco and Katrina Young of the United States with 357.60.

The best result for China until Tuesday in the mixed team event was a bronze medal in 2015 by Chen Ruolin and Xie Siyi.