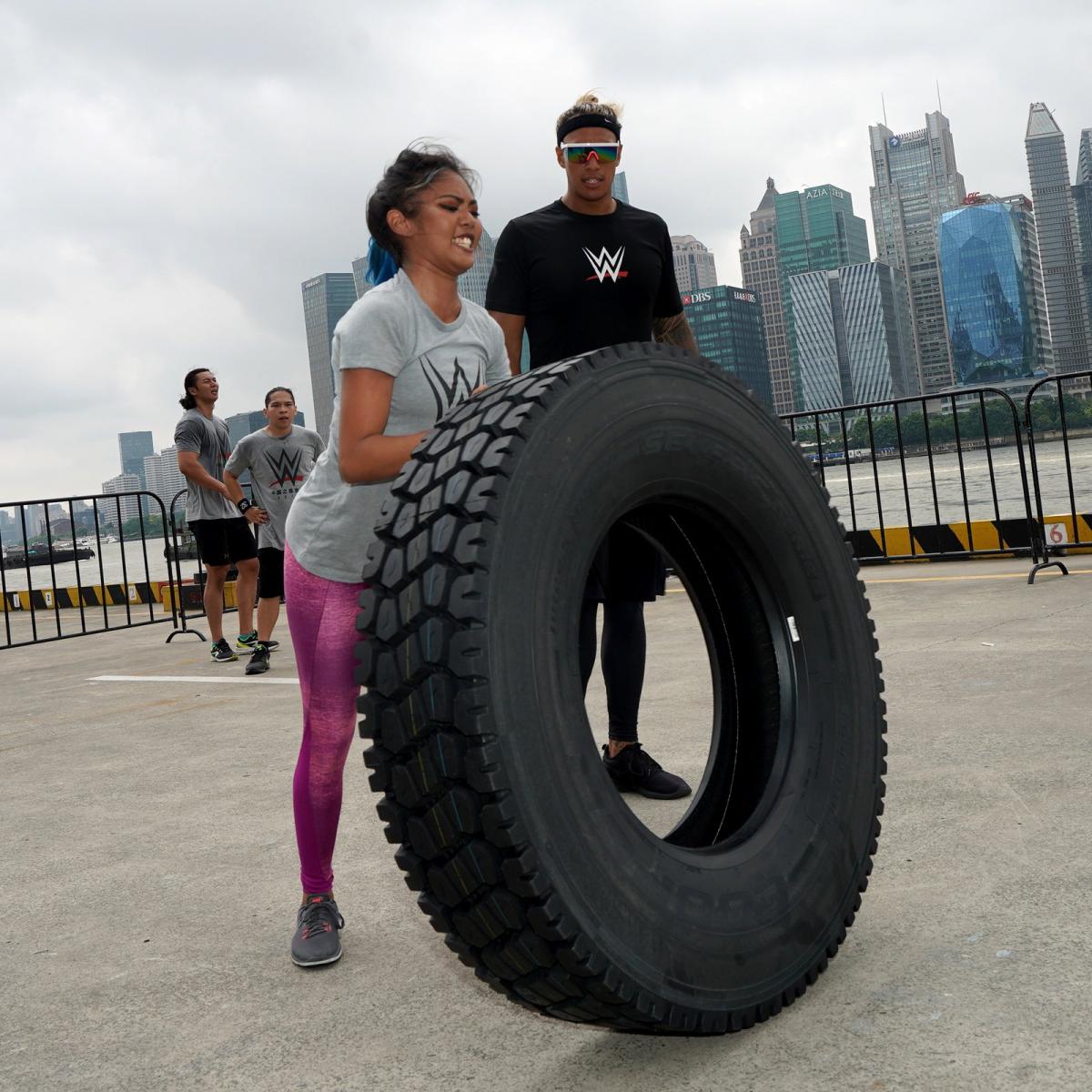 Filipino wrestler Crystal during one of the workouts at the WWE tryout in Shanghai, China.

MANILA, Philippines—A troika of wrestlers from Philippine Wrestling Revolution showed their chops in front of the WWE during the professional wrestling giant’s tryout in China.

Jake De Leon, Crystal, and Ken Warren are part of the 30 men and 10 women who participated in the tryouts in Shanghai where hopefuls from the Philippines, Hong Kong, Taiwan, Singapore, Thailand, Japan, and mainland China tried their luck.

TEAM PILIPINAS 🇵🇭Best of luck to our very own Jake De Leon, Crystal, and Ken Warren. We’re all rooting for you!

WWE Performance Center head coach Matt Bloom, who went by Albert during the Attitude Era, led the tryouts with the help of his deputies Robbie Brookside, Serena Deeb, and Johnny Moss.

In a video WWE NXT posted on Twitter, Crystal expressed her excitement in inclusion in the auditions.

For @CrystalMNL, the first two days of the #WWEChina Tryout have been mind-blowing, but she’s excited to finish strong! #NXT pic.twitter.com/32IcDe78BJ

“The past two days have been a big blur and I thought time would pass by slowly but actually it was quite an experience because there are so many things that I’ve experienced in the two days here that I haven’t experienced anywhere else,” said Crystal.

“The other trainees are so supportive even though I’m going through such difficult stuff, even if my limits are breaking already they push me more to break those limits even further.”

Crystal, whose real name is Vernice Crystal Gabriel, debuted in 2016 and has competed not just in the Philippines but also in Thailand and Malaysia.

“Honestly it’s just been mind-boggling and flabbergasting just to be here,” said Crystal.