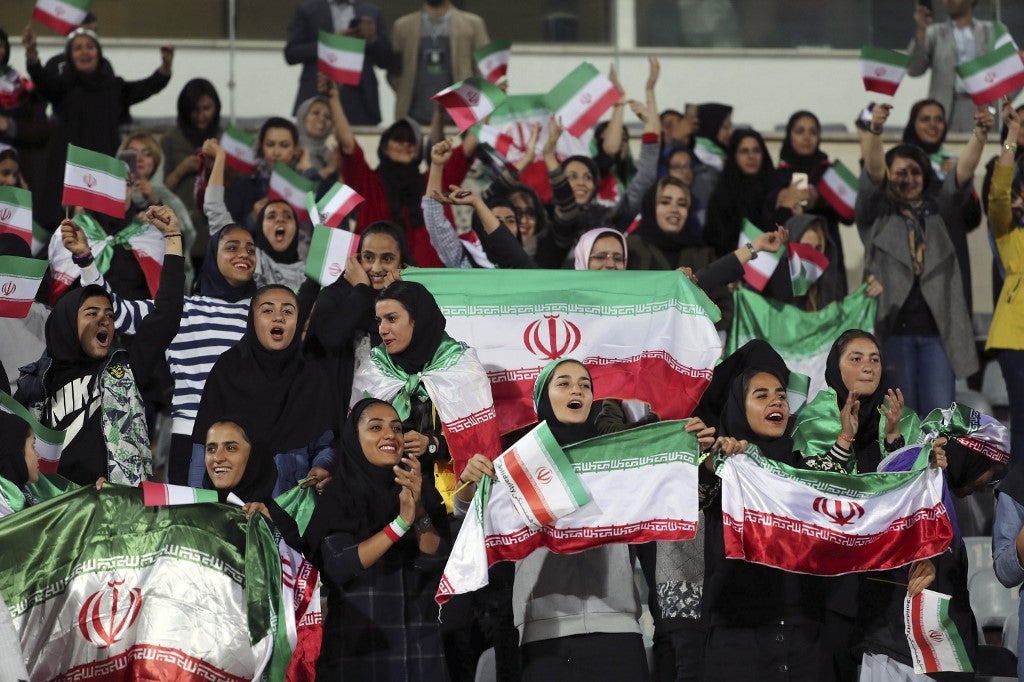 FILE – Iranian women cheer during the friendly football match between Iran and Bolivia at the Azadi Stadium in Tehran on October 16, 2018. (Photo by STR / AFP)

FIFA is working with Iranian authorities to overcome a ban on women entering stadiums for men’s games since the 1979 Islamic revolution.

FIFA wants the issue resolved before Oct. 10 when Iran — the top-ranked team in Asia — hosts its first home World Cup qualifier against Cambodia. The next is March 26 against Hong Kong.

Football’s world body says Iran federation president Mehdi Taj has replied to Infantino saying “the matter has been taken up directly with the minister of sports and youth.”