Winky Wright sides with Thurman: He will make Pacquiao respect his speed, power 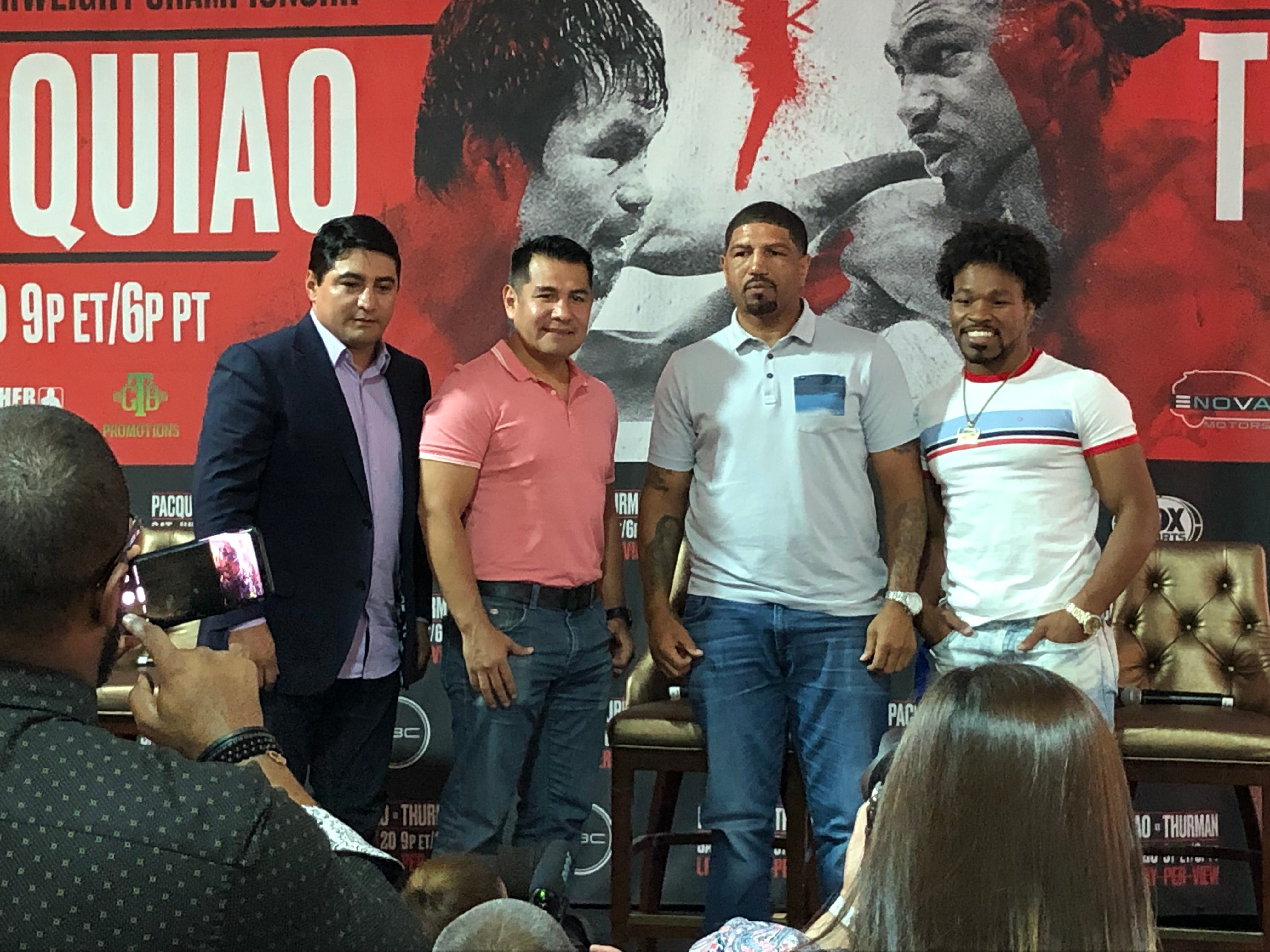 LAS VEGAS—Winky Wright, the former undisputed light middleweight champion, has Keith Thurman’s back ahead of his welterweight world title fight against Manny Pacquiao on Saturday.

Wright feels Thurman’s combination of speed and punching power would be too much for Pacquiao to overcome.

“Thurman by knockout or Thurman by decision. He’s gonna come out, he’s gonna make Manny respect his speed and his power,” said Wright, who retired in 2012 with an impressive record of 51-6-1, 25 KOs, during the Legends Media Roundtable on Thursday.

Thurman’s two-inch height and reach advantage over Pacquiao as well as his ability to use the ring will serve as key factors in the bout.

“Pacquiao is used to fighting bigger fighters with long reach and his in and out movement getting there but Keith got foot movement and like I said, he punches hard with both hands. I like Thurman all the way.”

But Wright, who was never knocked out throughout his 22-year pro career, taking Thurman’s side is no surprise with the two having the same trainer in Dan Birmingham.

Wright and Thurman were also old sparring partners before.