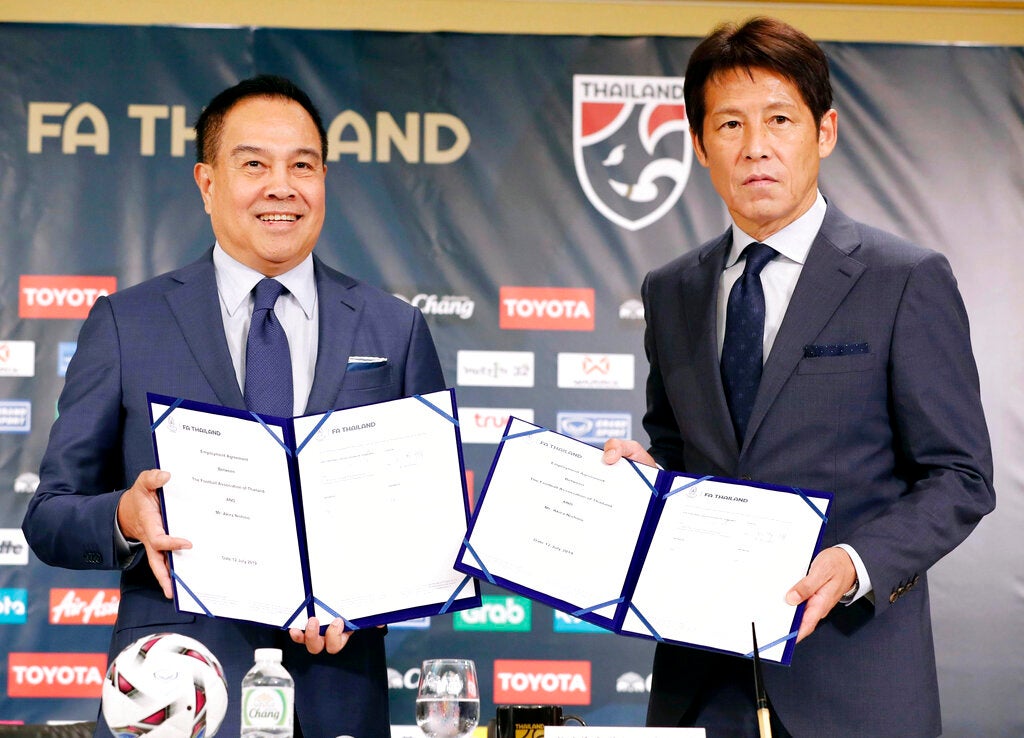 “I was honored to receive this chance,” Nishino said at a news conference on Friday. “I went to Thailand last month and could see their passion. Thailand has potential. First, we will work to become leaders in Southeast Asia.”

The 64-year-old Nishino was named head coach on Wednesday. He will also lead the Under-23 team.

Formerly technical director for the Japan Football Association, Nishino stepped down as Japan manager following its elimination by Belgium in the Round of 16 at last year’s World Cup in Russia.

Nishino replaced Vahid Halilhodzic in the buildup to the World Cup and was praised for helping Japan exceed expectations.

The second round of Asian qualifying for the 2022 World Cup will begin in September. Thailand is in Group G with the United Arab Emirates, Vietnam, Malaysia and Indonesia.