Bigger tires in store for Formula One 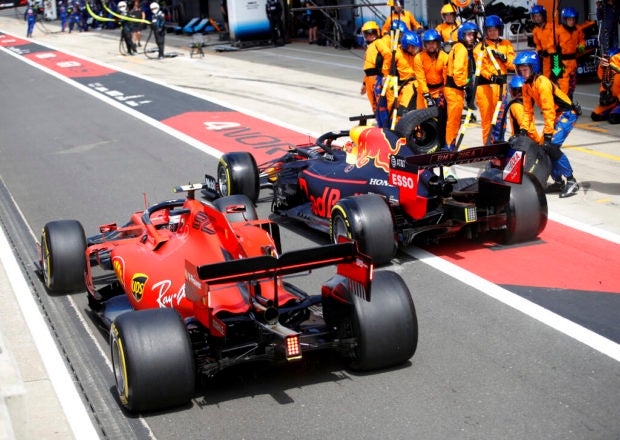 NEWPORT, R.I. — Formula One tires are getting a makeover to make them look more like the ones auto racing fans can buy for their own cars.

The circuit will switch to 18-inch tires beginning in the 2021 season, one of a series of changes it is making as it embarks on a new contract with the Italian tire-maker Pirelli that begins next year and runs through 2023. F1 has used 13-inch tires for decades.

“The change … is designed to more closely align Formula 1 tires with street tires, allowing an even greater degree of technology transfer between them,” the company said.

Other changes where the rubber meets the road: No more heating blankets, narrower front tires and tires that will degrade more slowly, a modification that could drastically affect race and pit stop strategy.

Some of the changes were announced by the F1 last year. Pirelli shared more details with The Associated Press this month during an event for the 2021 America’s Cup; the company is a sponsor and technology partner with the Italian challenger Luna Rossa.

“Formula One is the pinnacle of the technology in motor racing,” Marco Crola, the Chairman and CEO of Pirelli North America, told the AP at the New York Yacht Club in Newport before the America’s Cup challengers gave an update on their progress. “This one is exactly the same in water sports.”

Pirelli noted that the bigger tires will have far-reaching effects on the build of the car. The 13-inch models, with their high sidewalls, served as half of the suspension for the car, and the 18-inch ones will create more aerodynamic resistance.

“The move to a new size is a significant change for the teams, as it’s not just as simple as swapping a 13-inch tire for an 18-inch one,” the company said in a statement to the AP. “Plenty of work has to be done to understand the challenges involved.”

Some details remain to be sorted out when FIA, the Formula One governing body issues its regulations. Pirelli will begin testing the new tires later this summer and through 2020 on the Formula Two circuit.