Keith Thurman walks the talk despite loss to Manny Pacquiao 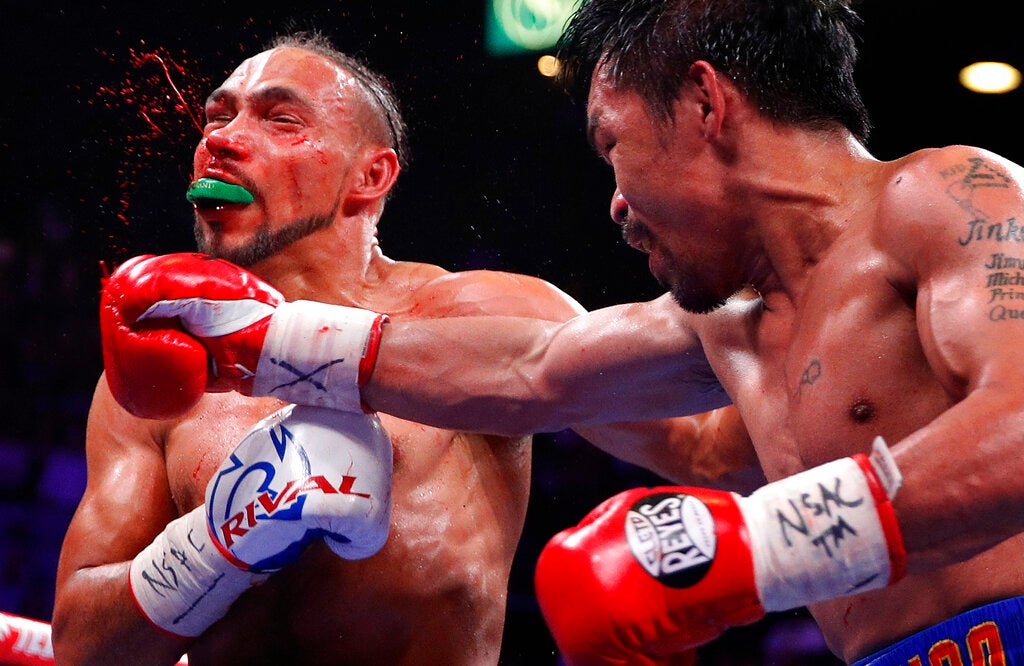 Manny Pacquiao, right, lands a punch against Keith Thurman in the fifth round during a welterweight title fight Saturday, July 20, 2019, in Las Vegas. (AP Photo/John Locher)

LAS VEGAS–Keith Thurman ran his mouth the moment his welterweight showdown with Manny Pacquiao was announced up until the official weigh-in.

Thurman may have lost his WBA (Super) title but he walked the talk and earned  Manny Pacquiao’s respect and praise.

“He did his best. He’s not an easy opponent,” added Pacquiao, his face swelling after taking solid blows from Thurman, most of which came in the latter part of what had been an electrifying bout.

The 40-year-old Pacquiao started strong, scoring a first round knockdown after hitting Thurman with a right.

READ: Thurman looking forward to Pacquiao fight: I get to punch senator with T-rex arms

Thurman, however, gained steam midway through the fight, but it wasn’t enough as two of the judges had it 115-112 for the eight-division champion.