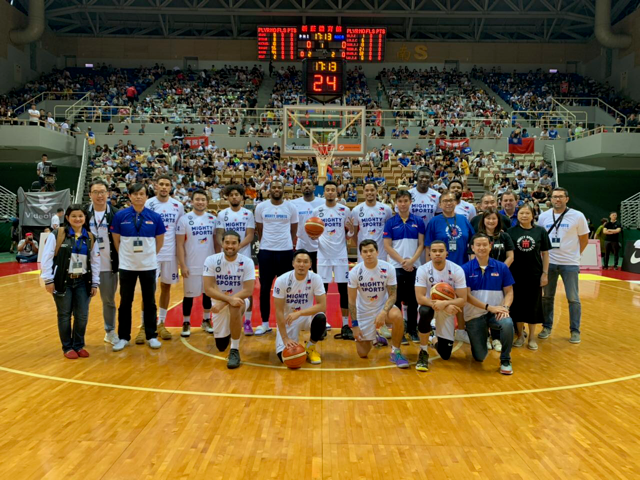 MANILA, Philippines—Mighty Sports-Go for Gold completed its dominant sweep with an 81-71 rout of Taiwan-B in its final game in the 2019 William Jones Cup Xinzhuang Gym in New Taipei City.

Despite the absence of Renaldo Balkman, who suffered a broken nose in Mighty Sports previous game, the Philippine representatives held their fort and duplicated their 8-0 record from 2016.

Eugene Phelps and McKenzie Moore exchanged a couple of dunks for Mighty Sports before Jason Brickman’s driving layup put the team at the 77-67 advantage, practically sealing the match.

“We missed the energy and power of Renaldo but it was a good win for the team, everybody contributed,” said Mighty Sports head coach Charles Tiu.

The sweep also gave the Philippines its sixth title in the annual tournament.