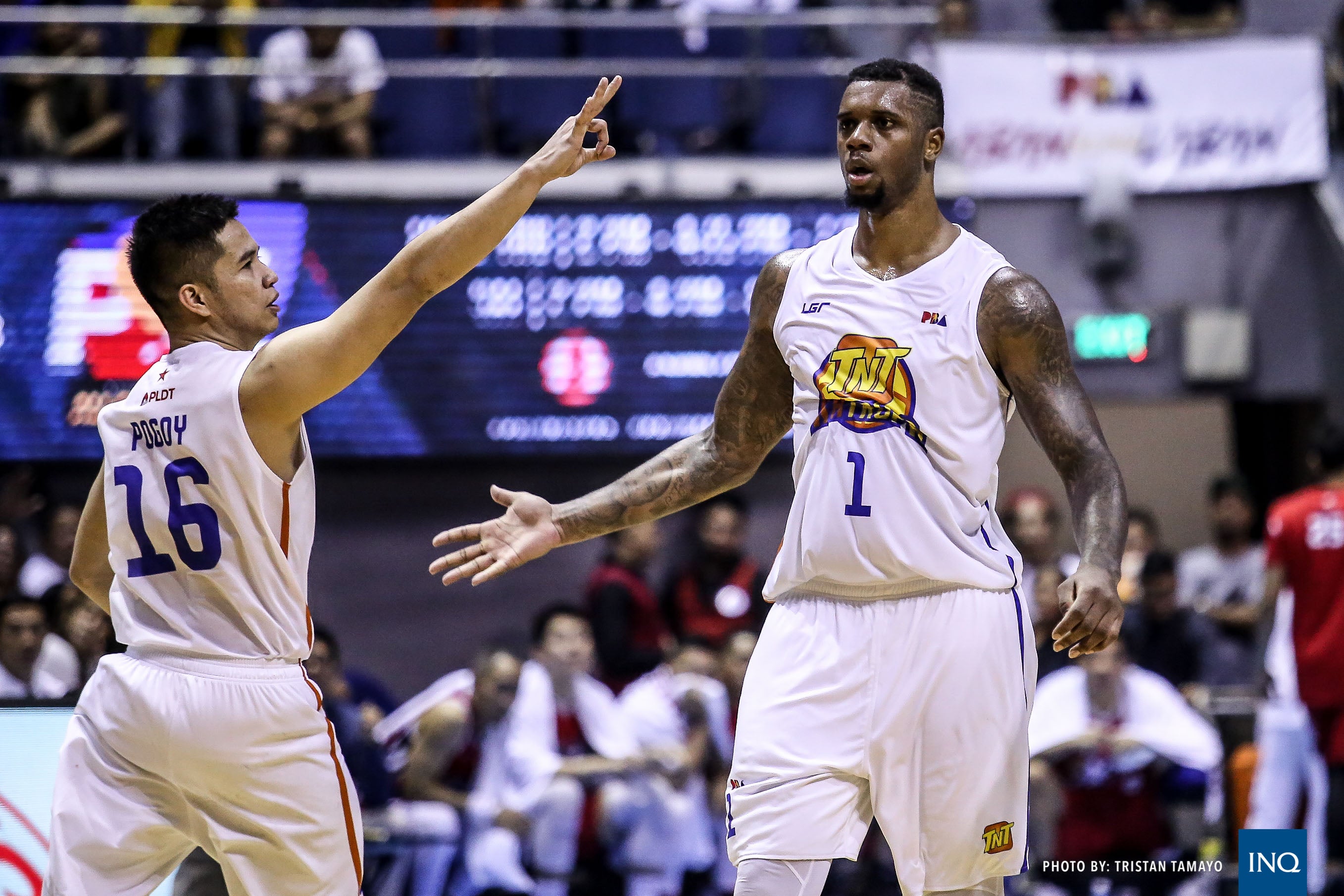 Terrence Jones back in his dominant form. Photo by Tristan Tamayo/INQUIRER.net

MANILA, Philippines–TNT drew a balanced scoring from its primary cast to take down pesky Alaska, 104-93, and tab a spot in the PBA Commissioner’s Cup semifinals Wednesday night at Araneta Coliseum in Cubao.

Import Terrence Jones regained his lethal form—scoring 37 points and pulling down 22 rebounds—just in time for the topranked KaTropa, who absorbed a humiliating loss in the series opener with the Aces.

Troy Rosario tossed in 20 more in his finest scoring performance this conference, helping in the effort buoyed by Don Trollano and Jayson Castro, who had 17 and 14, respectively.

“Our first game had a different feel to it,” coach Bong Ravena told reporters, pointing to Game 1 beatdown that put their prolific 10-1 record in peril.

TNT, which only lost a total of two games in the midseason conference, joins Barangay Ginebra and San Miguel Beer in the Final Four. The KaTropa will face the defending champion Gin Kings in a race-to-three saga that begins Friday.

“Fortunately we got back,” he added. “We told the players that we have to play harder than the last, that we had to make up our mind on defense. Good thing, all that showed tonight.”

TNT’s might on the defensive end was on its sharpest form down the stretch, keeping Alaska scoreless for over three minutes as Jones tightened the noose with his long-distance and freethrow shooting.

Simon Encisio had a torrid shooting from deep to spur Alaska’s offense. He finished the game with 24 points while three more added twin digits in the Aces’ losing effort.

Post-game with TNT head coach Bong Ravena after the KaTropa’s 104-93 win over Alaska. The KaTropa will advance to the semifinals of the PBA Commissioner’s Cup.