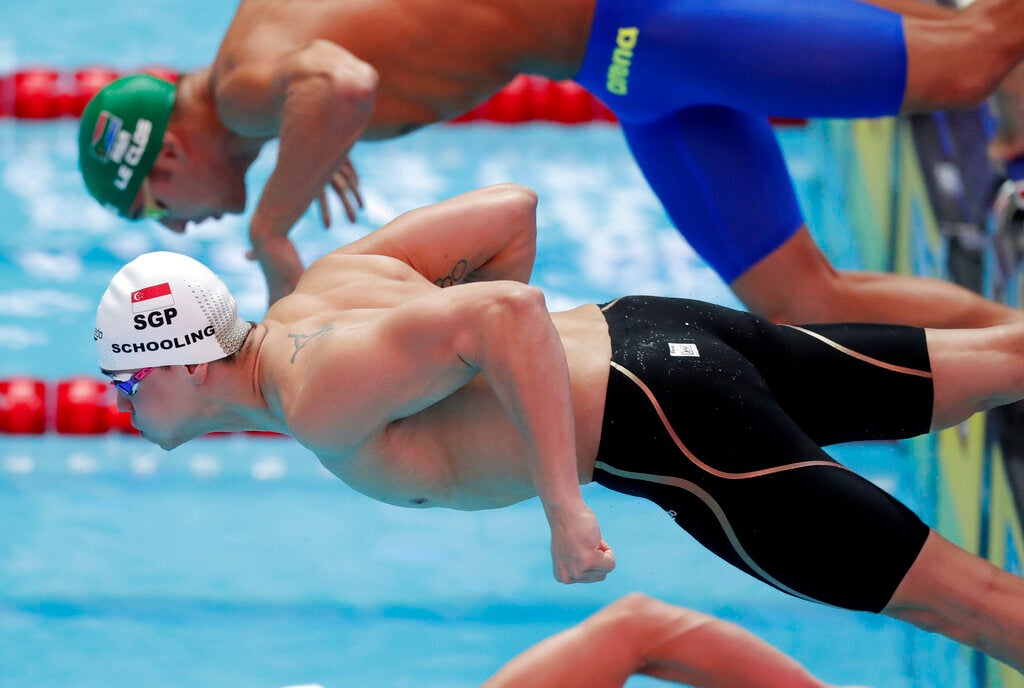 GWANGJU, South Korea — For all its spoils, winning an Olympic gold medal has its downsides. Joseph Schooling is finding that out.

The swimmer who became a national hero with Singapore’s first Olympic medal in the pool three years ago is searching to regain his form in time for next year’s Tokyo Games.

“Some people ask me how long it takes to get over the fact that you won in 2016,” he said. “It took me longer than I wanted to for sure.”

Schooling failed to advance in the 100-meter butterfly heats at the world championships on Friday. He finished 24th overall with a time of 52.93 seconds — well off his winning time of 50.39 in Rio.

In the last two world meets, he earned bronze medals in his signature event.

“This was a huge reality check of what I need to do moving forward,” he said.

The 24-year-old swimmer is in Gwangju during a time of major personal upheaval.

After spending 10 years in the U.S., including earning a college degree from Texas, Schooling moved back to Singapore. He’s also working with different coaches.

“It was time to come home,” he said. “It was something that I needed to do if I wanted to keep swimming longer. I felt like I was going through the motions on a daily basis and I needed a new sensory shock.”

Schooling, an only child, is living with his parents for now.

“We’re going to fix that next year,” he said, smiling.

Winning gold while beating Michael Phelps in the American’s last Olympic race elevated Schooling to rock-star status in the island-nation state. He even has an orchid named after him.

“I, for sure, have more sleepless nights than I can count,” he said.

But Schooling is eager to focus on the positives, like knowing what he needs to do with his training in Singapore.

“I’ll come back next year a new swimmer,” he vowed.