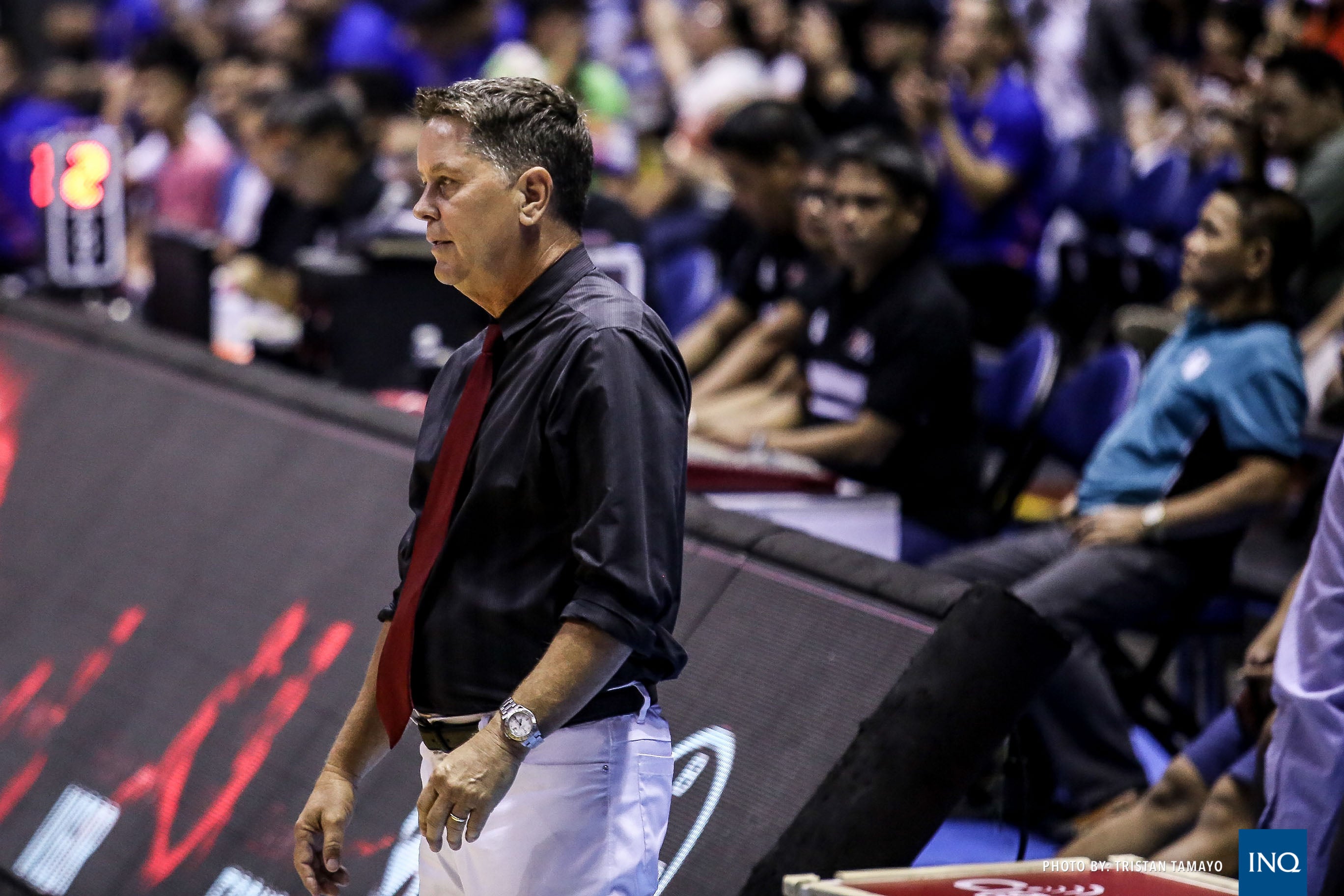 MANILA, Philippines—Game 1 of the semifinals series between TNT and Barangay Ginebra had all the makings of a classic.

From ties to lead changes, the matchup between the KaTropa and the Gin Kings truly delivered in an atmosphere that could be even worthy of a finals stage.

It was TNT who found the will and determination to come up with bigger moments down the stretch for the 95-92 win in Game 1 of the best-of-five showdown.

As for the Gin Kings, head coach Tim Cone knew they failed to muster up the energy and grit needed to take the series opener.

“It was really a great game no doubt about it, but you know we didn’t play up to par down the stretch,” said Cone Friday at Smart Araneta Coliseum. “We gifted them with some turnovers, and we were rushing all game long,”

The Gin Kings held a seven-point lead, 87-80, courtesy of LA Tenorio’s three-pointer midway through the fourth but the KaTropa slowly chipped away at it and Troy Rosario capped off a 9-2 run to tie the game for TNT, 89-89, with a rebound put back of Anthony Semerad’s missed triple with 2:51 to play.

Ginebra then suffered a major blow when power forward Japeth Aguilar was called for his sixth foul after an ill challenge on Semerad with 2:06 remaining.

Just 36 seconds after Aguilar left the game, Terrence Jones stole the ball away from Justin Brownlee and he blazed to the other end for a quick layup for TNT’s 93-89 lead.

Without the 6-foot-9 Aguilar to man the paint, Jones exploited Ginebra’s frontline as he drove past Joe Devance for the game’s final field goal with 10.5 seconds remaining.

“It’s not a one-game series, it’s a five-game series and yeah we’re down but this is not foreign territory for us,” said Cone. “We know what it’s like to be down in history so we would prefer to have won Game 1 that’s for sure.”

“But, we feel good about ourselves, so we feel that we’re going to bounce back on Game 2.”