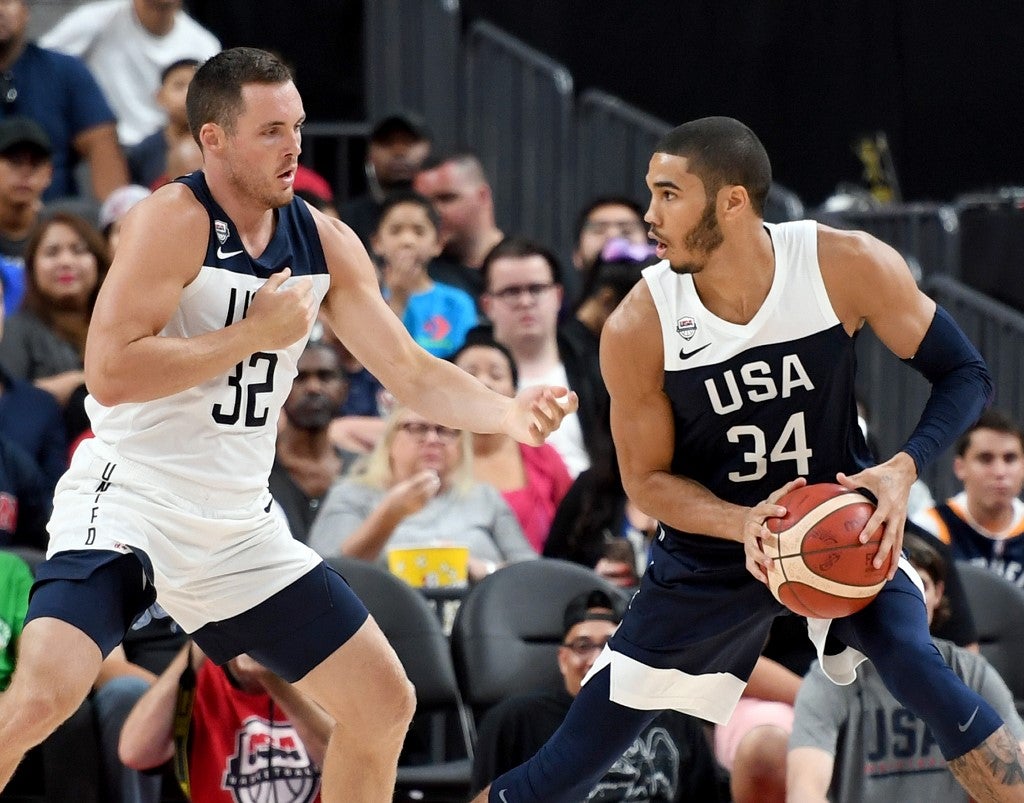 The United States, preparing their bid for a third straight Basketball World Cup title, wrapped up a week of training camp with an intra-squad exhibition in Las Vegas on Friday.

The Blue squad made up of players expected to feature in the United States’ World Cup team in Shanghai handily beat their training rival White Squad 97-78, with Boston Celtics forward Jayson Tatum leading all scorers with 17 points.

With Toronto Raptors guard Kyle Lowry and Boston’s Marcus Smart missing the exhibition with injuries, head coach Gregg Popovich could be glad no one was hurt.

It was in a similar USA Basketball exhibition in Vegas that Paul George suffered a devastating broken right leg in 2014.

Although the United States have been hit with a stream of high-profile defections from World Cup duty — with stars including James Harden, Anthony Davis and Kawhi Leonard among the notable absentees — Tatum said he was looking forward to a chance to take on the world.

“It’s a dream come true,” Tatum said. “To represent your country on a national level, play for guys like Pop, Steve Kerr and just wear USA across your chest and play with other great players.

Lowry, who underwent a left thumb operation last month after helping the Raptors capture the NBA title in June, is expected to return for training camp in Los Angeles Tuesday through Thursday.

The Americans are scheduled to take on Spain in an exhibition in Southern California on August 16.

They’ll fly to Australia the following day, where they are scheduled to play two friendlies against the Aussies and one against Canada before the World Cup starts on August 31.

Popovich got a good look at a number of players on Friday, with 15 getting some minutes for the Blue Squad.

The San Antonio Spurs coach, leading the United States for the first time, will have to whittle the squad to 12 for the World Cup.