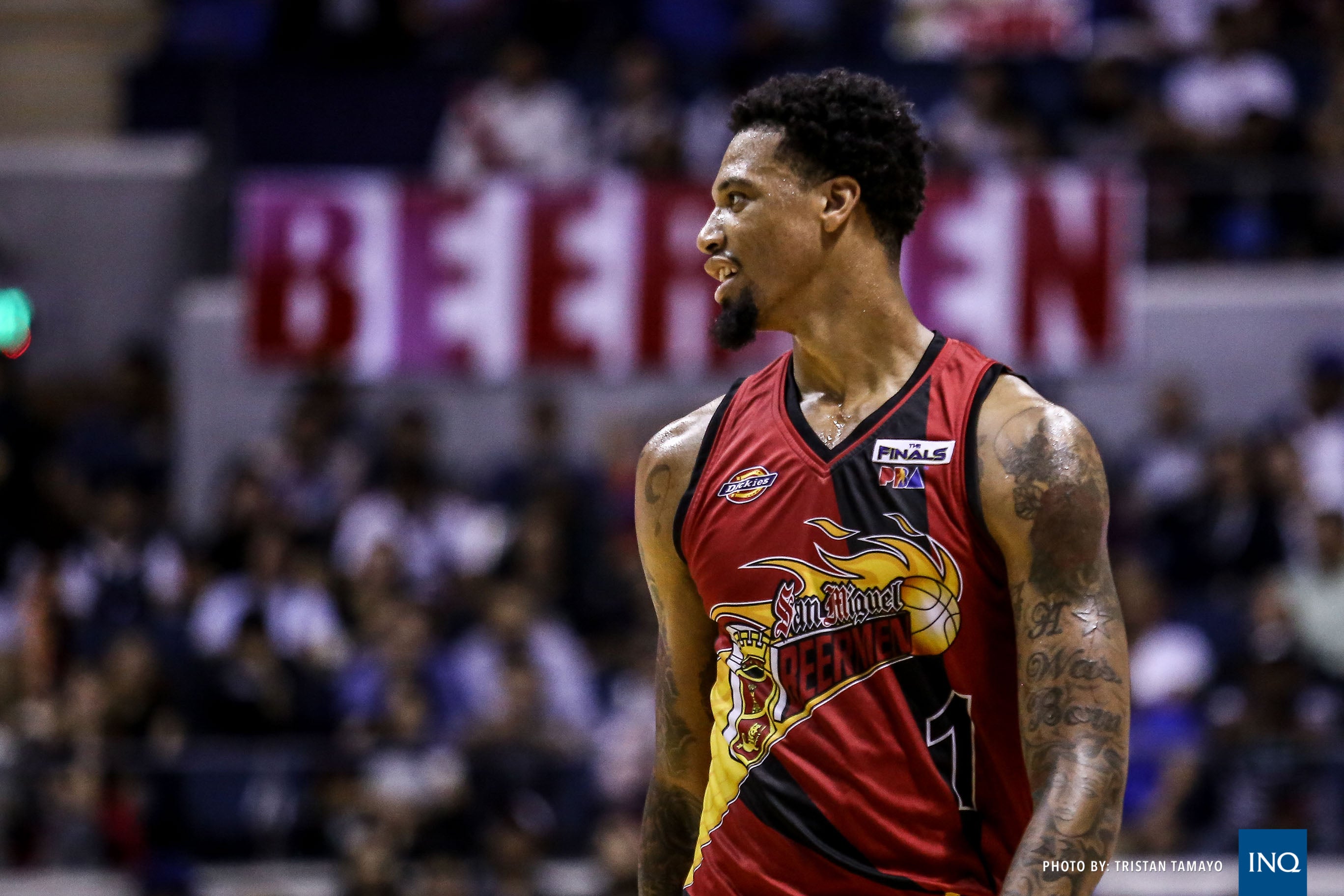 MANILA, Philippines—San Miguel Beer import Chris McCullough has his sights set on the ultimate goal of winning the PBA Commissioner’s Cup championship and nothing less.

That’s why he couldn’t care any less when he lost the Best Import award to TNT reinforcement Terrence Jones Sunday night.

“I don’t care about the Best Import,” McCullough said after Game 4.

“He (Jones) was here before I was here first of all so it don’t matter to me. I’m just here to win the championship. That’s about it,” he added.

McCullough came in as a replacement for Charles Rhodes with only four games left in the elimination round after the Beermen started the conference with a 2-5 record and were in danger of missing the playoffs.

His arrival immediately changed San Miguel’s fortunes and a month into his arrival, the Beermen have found themselves back in familiar territory of the finals against the top-ranked KaTropa.

And on the night where Jones, who was impressive once again with 32 points, 16 rebounds, six assists and six steals in 48 minutes of play, was named Best Import, it was McCullough who led his team to an all-important victory.

The 24-year-old McCullough shone with 27 points and 22 rebounds on top of four assists as San Miguel tied the series at 2-2.

The pivotal Game 5 is on Wednesday night.