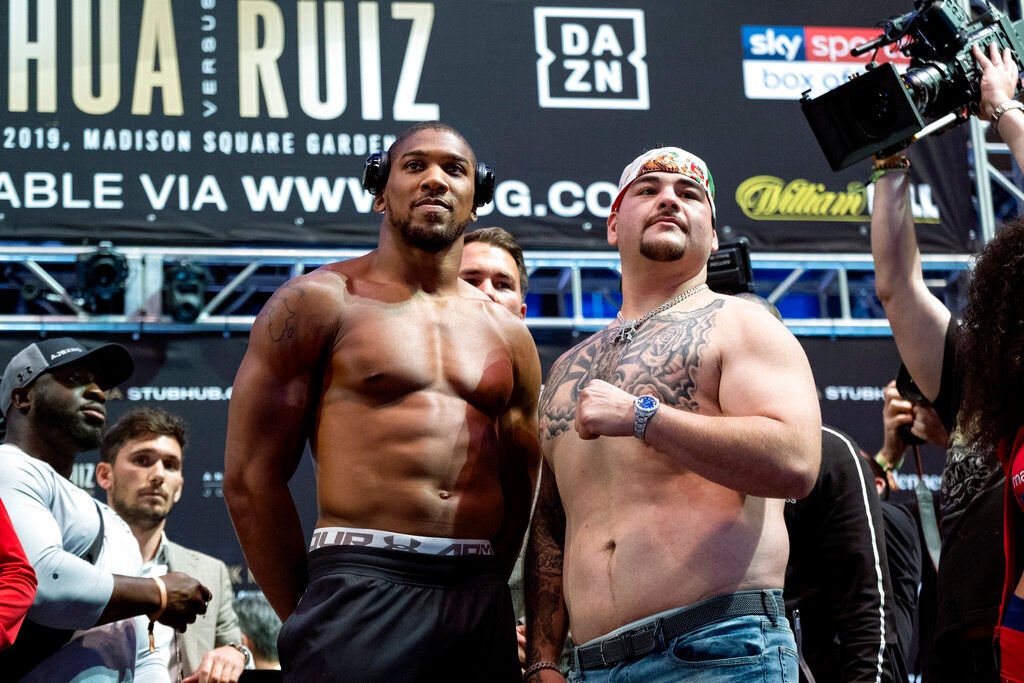 Amnesty International has criticised the choice of venue for the fight on December 7 — when Joshua will aim to win back the IBF, WBA and WBO titles he lost to Ruiz Jr in New York in June — citing the country’s poor human rights record, the murder of journalist Jamal Khashoggi, and the ongoing war in Yemen.

But Matchroom promoter Hearn defended the decision following rumours of Cardiff as a potential venue, citing other high-profile sports to have been played in Saudi Arabia while saying it could be a boost to boxing in general to broaden its audience.

“We have to realise there is a world outside of Cardiff and Madison Square Garden. This event could change boxing forever. You could be seeing a big change in the dynamics of the sport,” Hearn told a London press conference on Monday.

“There is time for change there, and they are trying to make that change through sport.

“People think you can’t get into Saudi Arabia, or that women aren’t welcome to the show. Men and women are welcome. If you buy a ticket you get an automatic visa, and it’s six hours away.”

Hearn insists it is unfair to criticise boxing for heading to Saudi Arabia, where Britain’s Amir Khan also recently fought, because there are so many other sports organisations using the country now.

“We understand some criticism but we also understand the people that have been there before us — organisations that are considerably bigger than us,” he said.

“Look at the events held there before us — Formula One, the European golf tour, the Italian Super Cup, WWE. It will be an iconic moment for boxing.”

The neutral venue was at the request of Ruiz Jr, who did not want to fight in Britain.

The bout will take place in Diriyah, a town on the outskirts of the capital Riyadh at around 2000 GMT.

“When we realised Saudi Arabia was serious about boxing we looked into the logistical side and that blew our mind as well,” Hearn said.

“This will go down as one of the great fights, alongside the Rumble in the Jungle, the Thrilla in Manila.

“This is Anthony Joshua trying to regain his world title. AJ must win. With curiosity the whole world will be watching this fight.”