Standhardinger all praise for Jones after rough PBA Finals 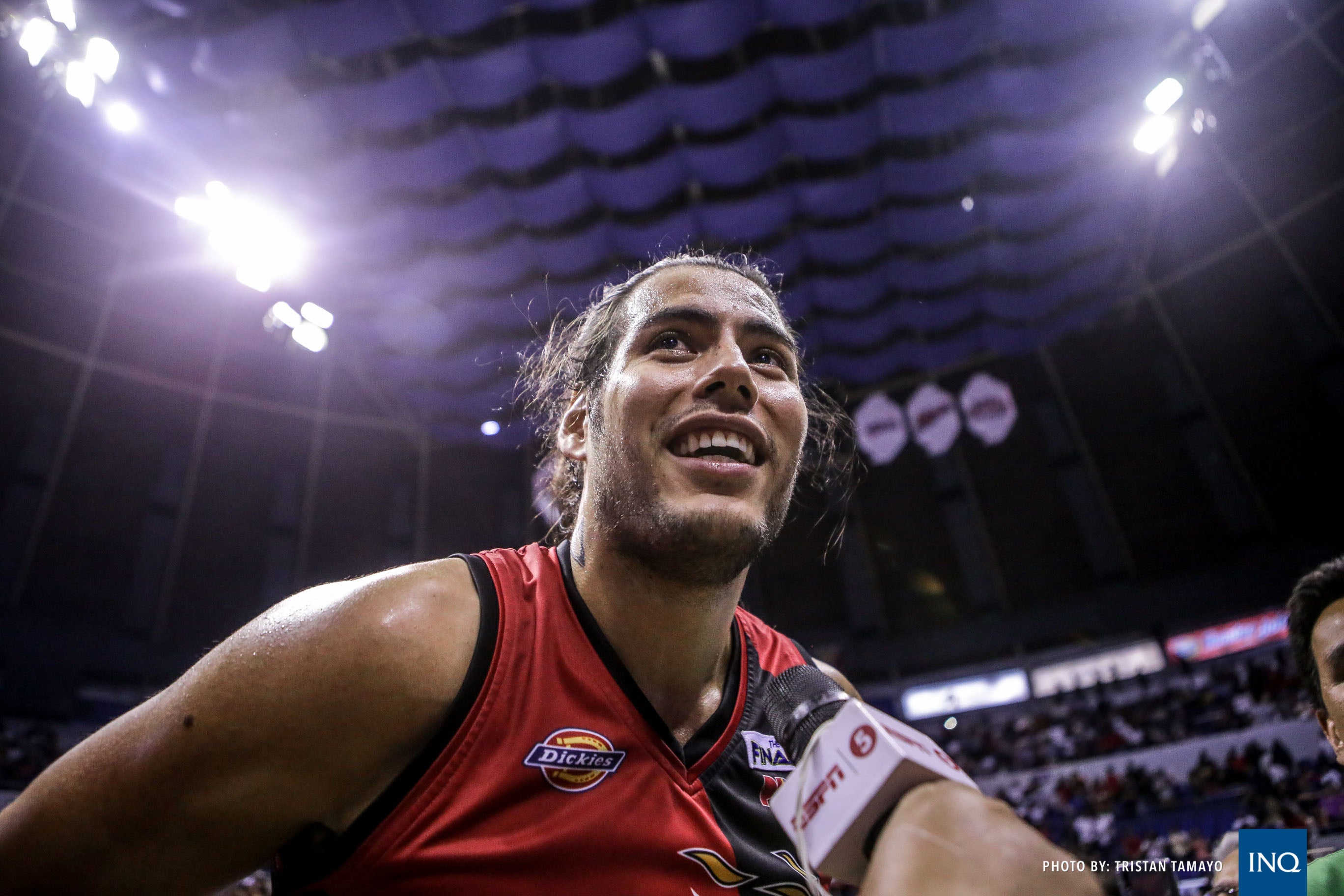 There was no shortage of physical play throughout the series and much of it was between Christian Standhardinger and Terrence Jones.

For the entire series, Standhardinger always went at Jones, pestering the conference’s Best Import in every way possible even drawing a technical foul late in the first quarter of Game 6.

Standhardinger, though, had nothing but respect for Jones after the Beermen claimed their 27th title.

“He’s a great player, I only wish him the best and I’m sure he’s going to go back to the NBA,” said Standhardinger after the Beermen’s 102-90 Game 6 win Friday night at Smart Araneta Coliseum.

Jones has already been rumored to be part of the Houston Rockets, the team that drafted him 18th overall in the 2012 NBA Draft, and the man himself is already gearing up for an NBA return.

Standhardinger added that making a high-caliber player such as Jones bleed for his points in the finals was enough reason to give himself and the rest of his teammates a pat on the back.

“We made it really hard for him and I’m happy to do that,” said Standhardinger, who finished with 18 points and six rebounds in Game 6.