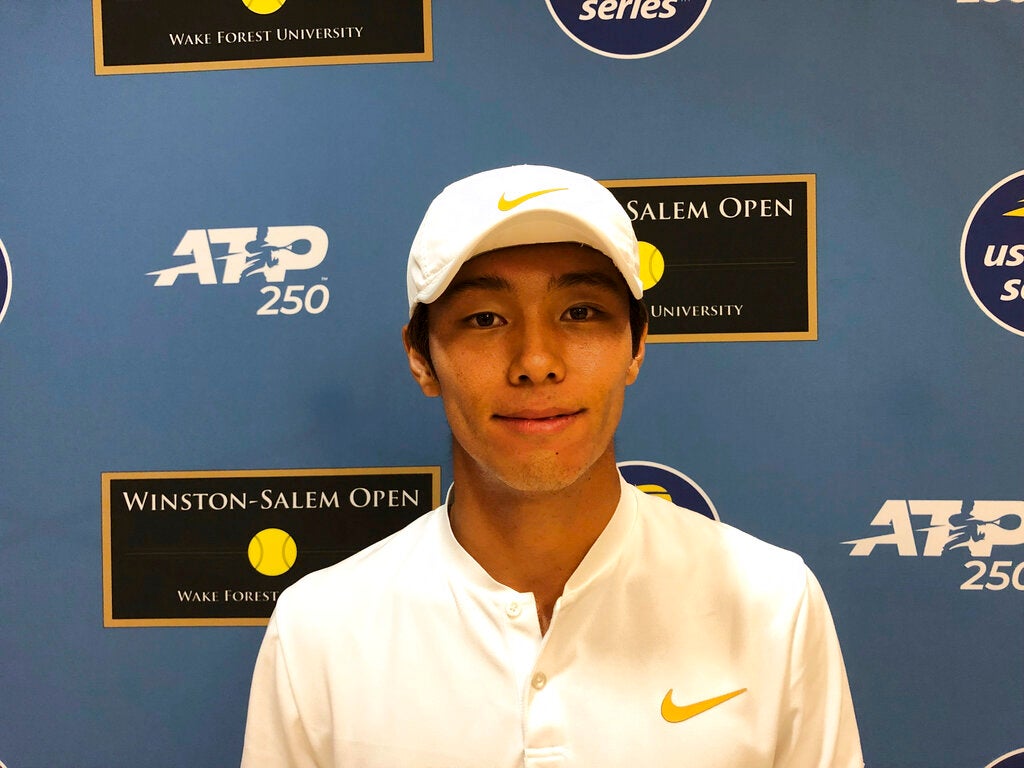 Lee Duck-hee became the first deaf player to win an ATP match on Monday, making a statement with a straight-sets win over Henri Laaksonen in Winston-Salem.

“People made fun of me for my disability. They told me I shouldn’t be playing,” the 21-year-old South Korean said after shrugging off a lengthy rain delay to post a 7-6 (7/4), 6-1 victory.

“It was definitely difficult, but my friends and family helped me get through,” Lee said. “I wanted to show everyone that I could do this.

“My message for people who are hearing impaired is to not be discouraged. If you try hard, you can do anything.”

Lee, ranked 212 in the world, turned pro at 15 and achieved his best ATP singles ranking of 130th in the world in 2017, toiling mainly on the developmental Challenger circuit.

He admits that his disability can make life on court frustrating: he can’t hear line calls or the umpire’s call of the score and relies on gestures to sort out any confusion.

At Lee’s post-match press conference on Monday, his fiancee pitched in to help out a Korean translator.

It was the end of a long day for Lee, who was two points from victory when thunderstorms swept through the area.

When he and Switzerland’s Laaksonen returned some five hours later Lee quickly polished off a win he admitted he hadn’t been expecting.

“I thought that I was just going to do my best and try to stay focused, but I came out a winner,” said Lee, who had reached his first Challenger final almost three years in Little Rock in June.

Lee next faces third-seeded Hubert Hurkacz, the world number 40 from Poland, in the second round.

“I’m going to go to the match with the same attitude,” Lee said. “I’m going to do my best and see what happens.”