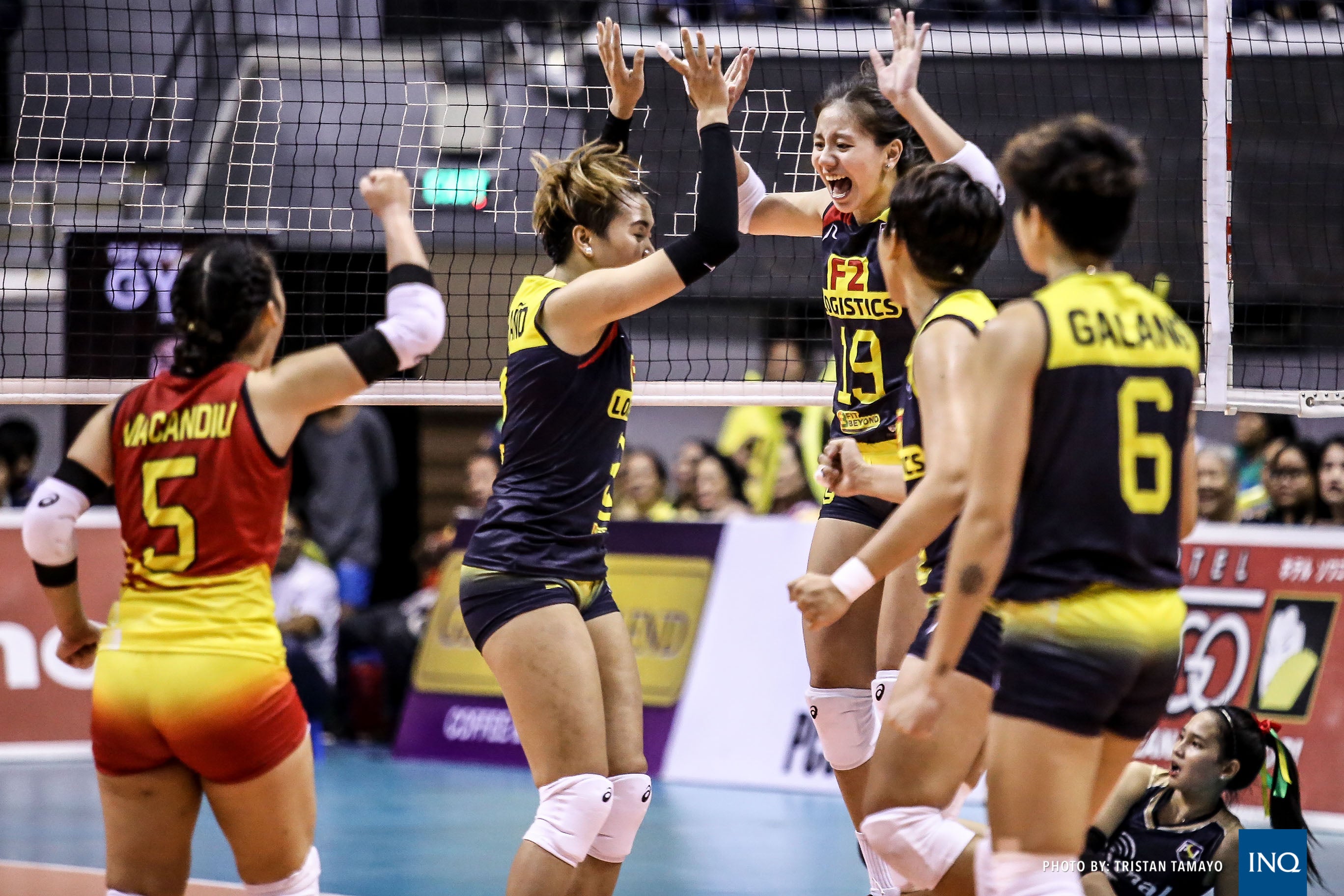 The Cargo Movers recovered from their disastrous third and fourth sets and took the fifth set with the poise befitting of a three-time champion team.

Ara Galang and Desiree Cheng exchanged kills that put F2 up, 11-6, before a couple of errors from the HD Spikers bumped that margin to seven, 13-6.

Jovelyn Gonzaga, who played in her fourth five-set match in five days, salvaged a point for the HD Spiker, but Mary Joy Baron’s denial of Janine Navarro clinched the Cargo Movers’ advantage in this three-game series.

“When we got to 8-4, I felt that we had control of the situation, although of course, we really couldn’t deny that there were some calls that are so close to being check balls or near to the line,” said F2 head coach Ramil De Jesus in Filipino.

“I had to remind them that we should forget about the third and fourth sets and just focus on the fifth,” added De Jesus.

Kalei Mau was a beast for the Cargo Movers with 27 points, 25 coming off spikes, while Ara Galang and Baron added 11 points apiece.